Uroš Matić, the brother of Chelsea and Serbia star player Nemanja could very soon appear in the Macedonian colors. We present you our interview with him regarding this topic.

photo by bndestem.nl: Uroš Matić (R) in action for Breda

We continue to present players of Macedonian origin. We recently found out that brothers Nemanja and Uroš Matić have Macedonian roots. The older brother Nemanja, a Chelsea footballer, is already well established in Europe, but on the international level he plays for his home country Serbia. The younger brother Uroš is member of the Dutch side NAC Breda and is still eligible to play for the Macedonian national team. MacedonianFootball.com brings you an exclusive interview with Uroš Matić.

MF: Tell us something about your football career development. According to the information we could gather, you were a member of the Slovakian club Košice, Portuguese Benfica B and currently you are playing for the Dutch NAC Breda. Can you compare these three championships and which one fits your understanding of football game the best?
Uroš Matić:  I started playing football when I was 5 years old in my native village of Vrelo in Serbia, and the first senior game I played was for the Slovakian Košice. Regarding the comparison of the three leagues I have played for, I can say that in Slovakia they pay more attention to the physical condition, Portuguese like aggression and tactics, and the Dutch league is known as a league where they play beautiful offensive football with plenty of goals. In each league I learned something, but I think that at the moment the Dutch league is the right choice for me.

MF: Do you have any football idols and which one of your colleagues you respect the most?
Uroš Matić: I can learn a lot from my brother. He also gives me a lot of advice which helps me incredibly to improve myself as a football player.

MF: The name Matić has been very popular recently in Europe. Are you proud of your brother and his achievements and does his success motivate you to demonstrate during your performances that you also have an enviable level of football knowledge?
Uroš Matić: Everything what my brother has achieved so far in his career gives me great motivation to improve and continue to do my best in order to achieve better results.

MF: Who did you inherit the football genes from?
Uroš Matić: Our father was also a football player. He played for FK Mačva Šabac in the former Yugoslavia second division.

MF: Macedonian public is absolutely unaware that you have roots in our country. Tell us exactly your connection to Macedonia?
Uroš Matić: My late grandfather Trifun (my mother’s father) was originally from the village of Volkovija*. As a young man he moved to Serbia with his family. We still have relatives from his side that live in Macedonia.

MF: Your teammate in NAC Breda is the Macedonian national team player Aleksandar Damchevski. What is your relationship with him?
Uroš Matić: Aleksandar is a great guy, great professional, someone who is nice to get along with. I respect him a lot as a player and as a person.

MF: In the past you have played for the Serbian U19 national team but you don’t have any appearances at the senior level. Regarding your Macedonian origin would you consider any invitation of the Macedonian football federation to play for the Macedonian national team? In this regard, how would you feel knowing that your brother Nemanja is playing for Serbia, and on the other hand you will be representing Macedonia although it would not be a unique case in the world of football, for example: Jérôme Boateng plays for Germany and Kevin Prince Boateng for Ghana, Christian Vieri played for Italy, and his brother Massimiliano Vieri for Australia and many more.
Uroš Matić: I would be very glad if I receive an invitation from the Macedonian national team, considering that my grandfather was born in Macedonia and my mother has a Macedonian passport. It would probably be weird to go out on the field wearing Macedonian jersey and playing against my brother who plays for Serbia but as I said I do not have Macedonian citizenship at the moment and that is why currently it is unrealistic to see myself as a Macedonian national team player.

MF: Tell us something about your private life?
Uroš Matić: Family is a very important part of my life. I am married to Jelena and we have a son Jakov, who was born in May this year and every free moment I have I try to spend and enjoy with them.

MF: What are your plans for the future?
Uroš Matić: I would like to play for a bigger club one day because I think I have the qualities to do it.

MF: Macedonian Football wishes you a lot of luck in your further career. We hope that in the near future we will see you as a member of the Macedonian national football team. 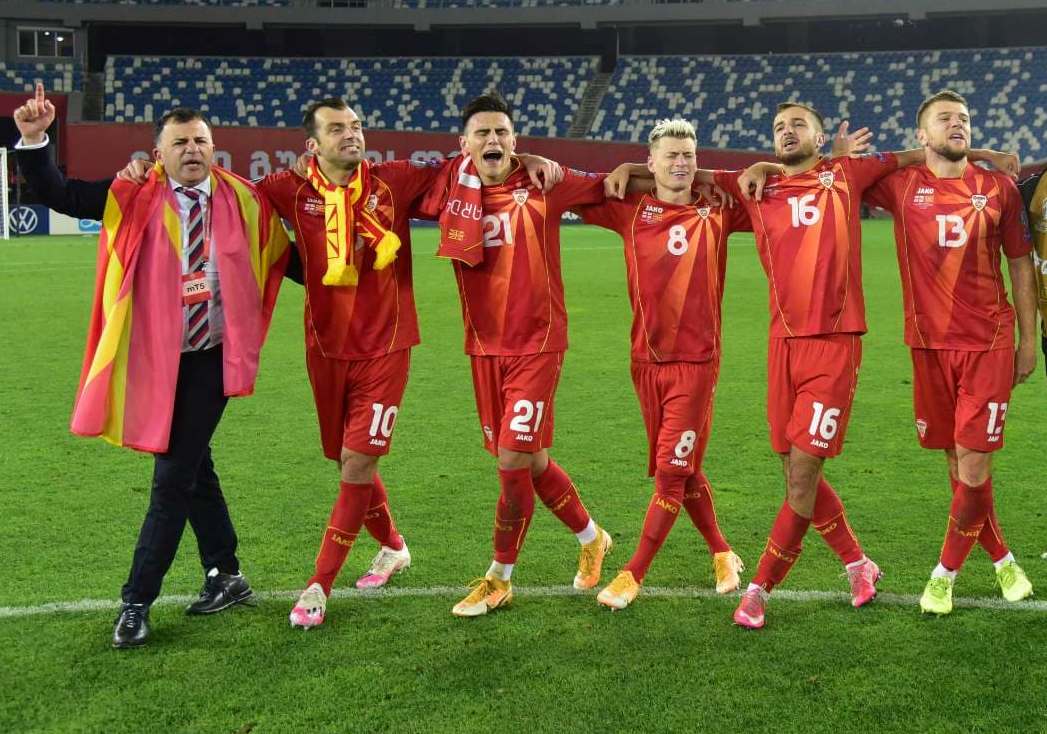 In EURO 2020, Macedonia is definitely the team to root for if you support underdog stories.

The players can relate to the struggle because they have experienced setbacks themselves.

No primadonna nonsense or being ungrateful.