Macedonia were left powerless as Spain came out comfortable winners.

photo by RFEF: Spain players celebrate one of the goals

Macedonia played their 4th European qualifier of this cycle as they look to make it to the 2021 Under 21 Championship held in Hungry and Slovenia. Blagoja Milevski set his team out in his usual formation (4-3-3) with the starting lineup looking like; Jankov (GK), Todoroski, Rufati (C), Serafimov, Antovski, Zdravkovski, Atanasov, Ackovski, Mitrovski, Churlinov, Ristovski. 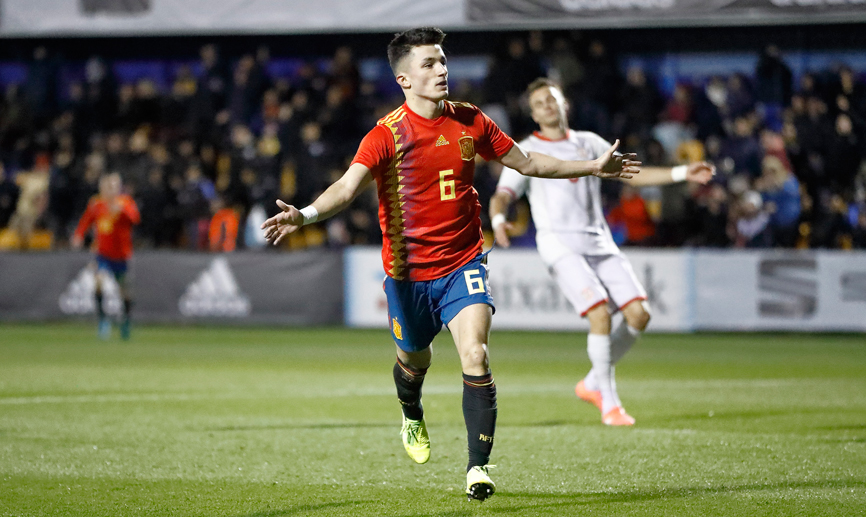 As soon as the whistle went Spain came flying out of the blocks. It only took them 7 minutes to break the deadlock with Manu Garcia scoring a lovely goal. After the goal Macedonia began to find their rhythm and started to move the ball around nicely, the half time whistle came at a bad time for Macedonia. Halftime saw Tomche Grozdanovski and Enis Fazlagikj replace Jani Atanasov and Davor Zdravkovski. After 1 minute into the second half the captain on the night Rufati put the ball into his own net to make it 2-0 to Spain. Spain controlled the second half and wrapped the game up in the 87 minute with a Pedrosa goal.

Next up for Macedonia is Faroe Islands on Tuesday.