Several Macedonian players were active in Champions League and Europa League encounters in the midweek period, while Krste Velkoski and Zeni Husmani each scored one goal in domestic cup matches in Bosnia and Slovenia, respectively.

UEFA Champions League, Group D, Galatasaray – Anderlecht 1:1
Goran Pandev started in attack for Galatasaray and played until the 57th minute when he was replaced by Portuguese attacker Bruma.  Pandev had one shot on goal moments before he was substituted, but his effort was saved by the visiting keeper.  Otherwise, Goran was relatively quiet in this game as he has started his Galatasaray career rather slow. 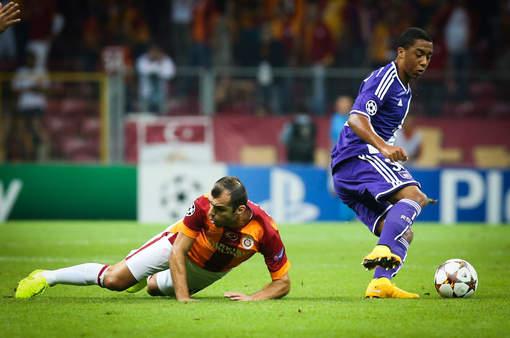 UEFA Champions League, Group G, Maribor – Sporting Lisbon 1:1
Agim Ibraimi played all 90 minutes for Maribor and was his team’s biggest threat during the match.  Ibraimi forced the Sporting Lisbon keeper into a fine save in the 10th minute, and then whistled a shot just narrowly wide of the left goal post minutes before the halftime break.  Maribor needed a goal in stoppage time of the 90th minute to salvage a point. 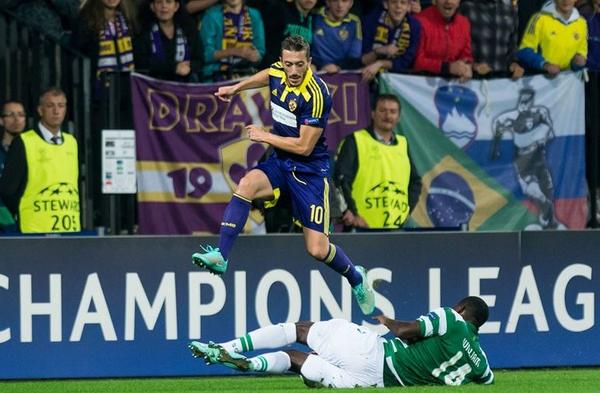 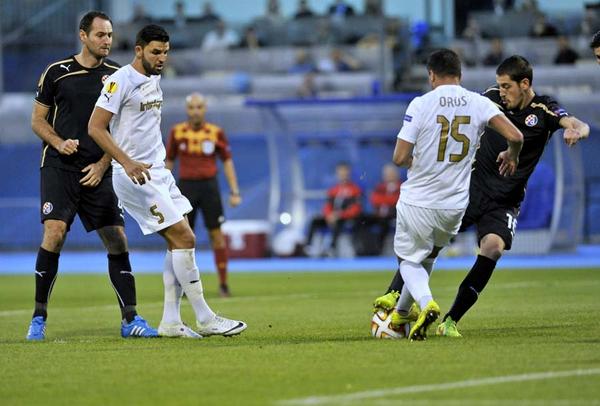 UEFA Europa League, Group L, Legia Warszawa – Lokeren 1:0
Besart Andurahimi opened on the bench for Lokeren before he was introduced in the 65th minute to take the place of Jordan Remacle.  Legia Warszawa scored the lone goal of the match in the 58th minute to down Lokeren.

UEFA Europa League, Group F, Qarabağ – Saint-Étienne 0:0
Muarem Muarem started on the wing for Qarabağ and played until the 80th minute when he was replaced by Danilo Dias.  Qarabağ competed well and collected a deserved point against French top division club Saint-Étienne. Bosnia, Kup Bosne i Hercegovine, Igman – Sarajevo 0:3
Krste Velkoski played the entire game for Sarajevo and scored the final goal in the 85th minute when he converted a penalty kick.  Sarajevo easily advanced to the next round of the Bosnian Cup.

Slovakia, Fortuna Liga, Košice – Senica 0:0
Darko Tofiloski stayed on the bench for Košice as the #2 keeper behind Nikola Stijaković.

Slovenia, Pokal Slovenije, Triglav – Domžale 3:3  (Domžale advanced 4:3 on penalties)
Zeni Husmani started in midfield for Domžale and played until the 68th minute when he was replaced by Anže Jelar.  Husmani scored the second goal for Domžale in the 64th minute with a close range effort after he took the ball away from his marker.