We continue our series of interviews with the national team heroes who made the dream come true and qualified with Macedonia on a major tournament, the EURO 2020.

We started with the man behind the wheel – Igor Angelovski, next is line was Grande Pandev and now we are featuring another forward in Ilija Nestorovski. A regular for our national team, he plays his football in Serie A with Udinese at the moment and is expected to be one of the main options upfront for the upcoming EURO 2020 in which Macedonia faces Austria, Netherlands and Ukraine. This is not our first interview with Nestorovski, as we also did one way back in 2014 and then another in 2016.

MF: You have played in Czechia, Croatia, Italy, of course Macedonia. Which country left you the best memories?

IN: Abroad I have played in Czechia, Croatia and Italy. I can say I have wonderful memories from Croatia because I really enjoyed my football there, but the best memories must come from Italy because the Serie A is one of the top 5 leagues in the world and you get to face opponents like Juventus, Inter, Milan, Roma, Lazio, Napoli etc. on a weekly basis.

MF: What is your favorite goal scored in Italy?

IN: My favorite goal is the one I scored against Crotone on 18th of September 2016 in a 1:1 away draw as it was my first goal in Serie A. However, I also have many other goals which always make me happy such as goals against Juventus, Milan, Roma.

MF: You are born in 1990 and grew up in a time when the Calcio was one of the most popular leagues, especially in Macedonia. Do you have a favorite Italian club?

IN: It’s true the Calcio was most popular back then, but I am a big fan of Real Madrid.

MF: Are you the first footballer from the Nestorovski family or was there someone before you?

IN: I am the first professional footballer in my family. My father used to play but only as a youth player.

MF: Who is the most influential person for your excellent performances in Italy, especially Palermo?

IN: My biggest support always comes from my family, be it in Italy or other places where I played.

MF: You lived in the Mediterranean Palermo, but you moved North in Udine. What’s the difference between these places, is there a big difference in the Sicilian and Friulian kitchen?

IN: The difference between Palermo and Udine as cities is big one, but I can freely say both places are excellent for living. Palermo is on the sea, it’s sunny and people are very kind and similar to us. Udine is also a great place, family town, nearby we have sea, mountain, even Austria, Croatia and Slovenia. As for the food, there’s difference between the two kitchens but we all know Italian food is number 1 in the world. 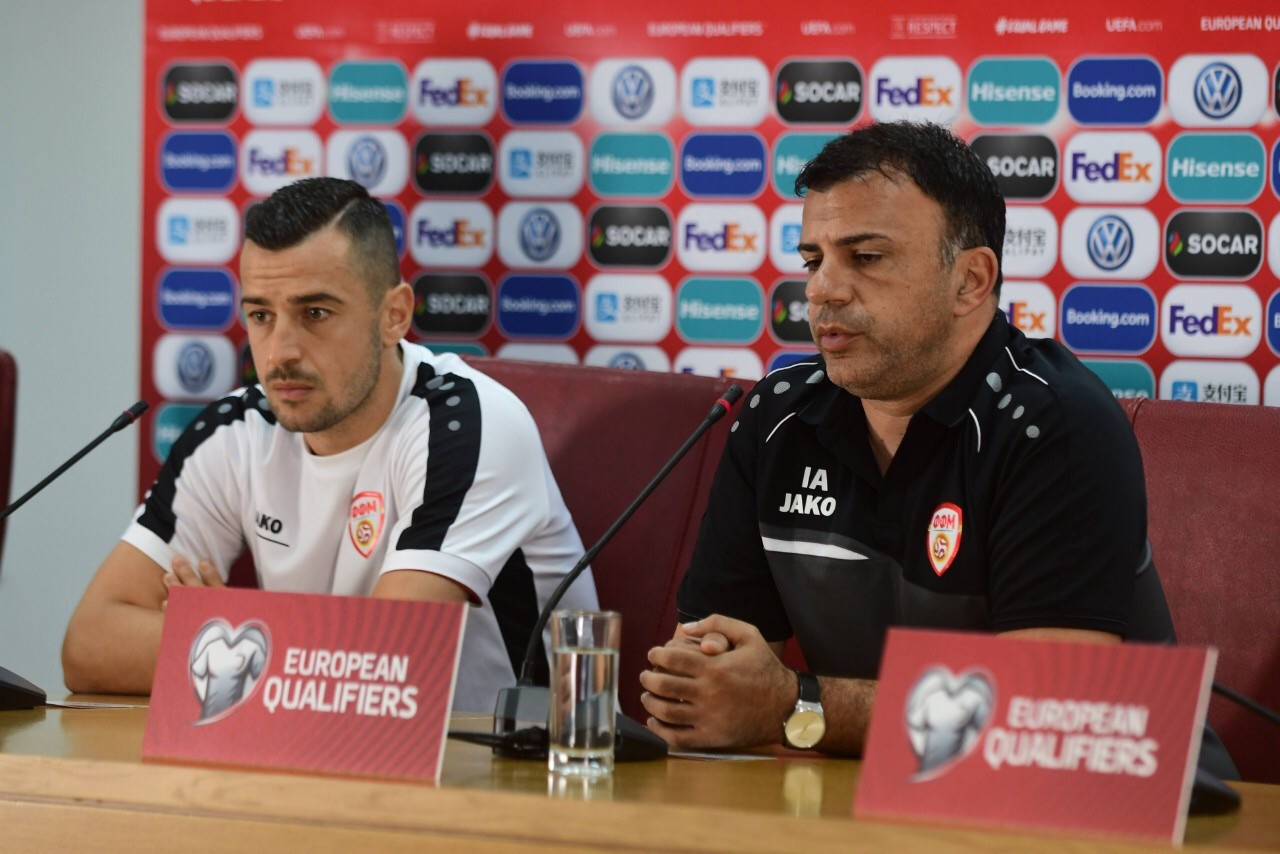 Nestorovski and Angelovski during a press conference, photo: FFM

MF: For the Macedonian national team you debuted on 09.10.2015 in Skopje when you substituted Ashkovski in the 78th minute on the 2016 EURO qualifier against Ukraine. What kind of memories you have from the game and do you still have the shirt from the match?

IN: I can say it was a dream come true. I always wanted to play for the national team and at that moment I was the happiest man on Earth. Of course, I still have my shirt from that match and it is a very dear memory for me.

MF: Who do you spend the time most with when you are with the national team? Many people say that you and Alioski are one of the most positive persons on the team, is that true and what are your relations with Ezgjan?

IN: At the moment the national team is like a big family, we are all very close friends but I spend the time mostly with Trajkovski, Trichkovski and Velkovski because we are playing the cards game UNO. As for Alioski, I have a great relation, because he is a great lad and a great footballer and on top of that he comes from Prilep. 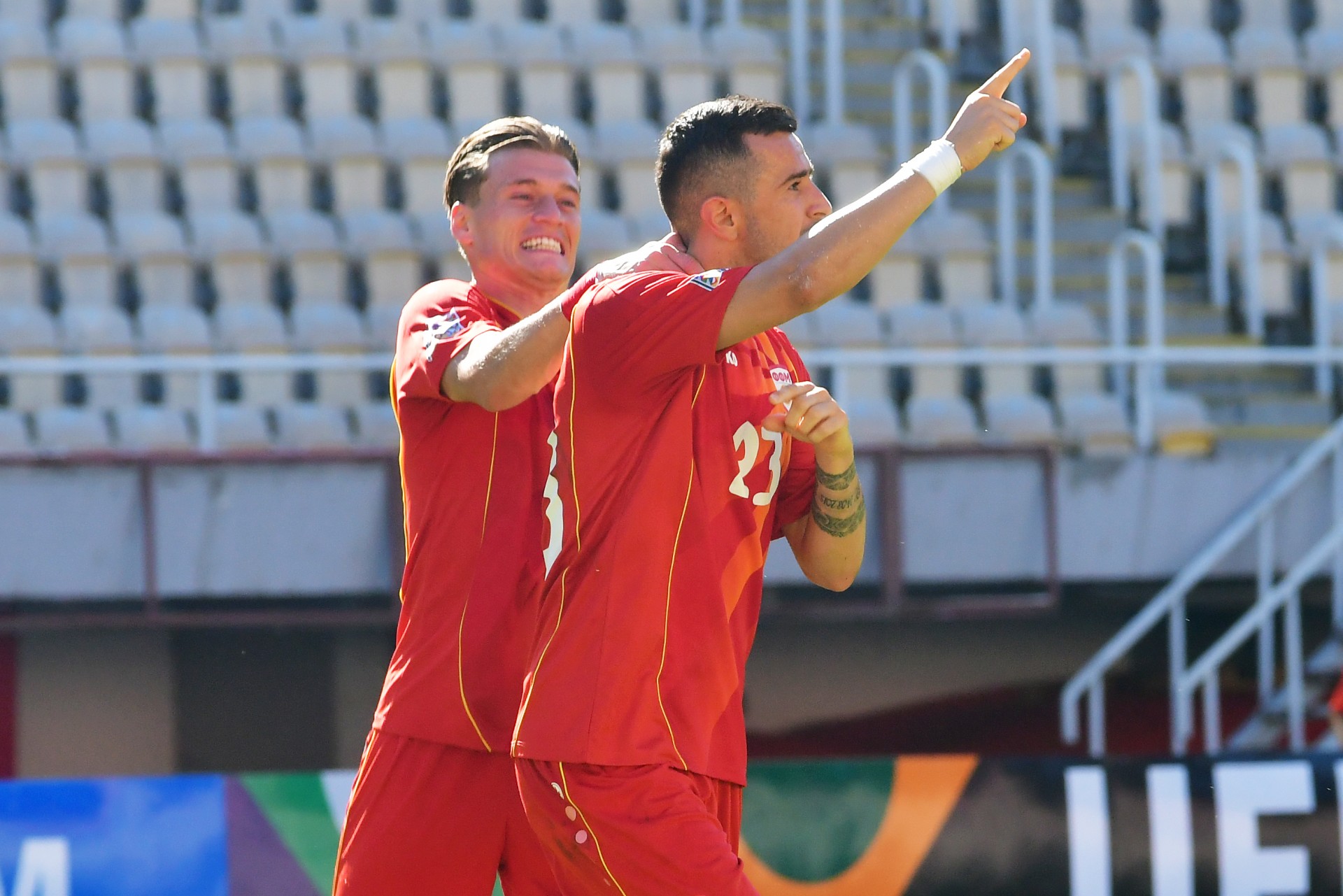 MF: We have the EURO coming soon and congratulations are always in order, but what can we expect from the team there?

IN: We are going fully focused on the EURO, we want to build upon the success of qualifying and prove ourselves there too. We want to bring happiness to the Macedonian fans and we know our qualities. We think we can be good contenders and advance from the group, but the most important thing is to stay fit and healthy until then in these crazy times.

MF: Some media reported you are planning to withdraw from the national team after the European Championship. Is that true?

IN: I never said anything like that. In any case, the championship itself is what is most important at the moment when it comes to the national team. After that, there will be time to consider the options.

MF: It’s still too early, but have you considered playing one last season in Macedonia before retiring? For your favorite club or any other club.

IN: To be honest, I am not thinking about retirement now. I feel I have 5-6 good years in front of me, so no hurry. Of course, I never say never, so we will see, anything’s possible. 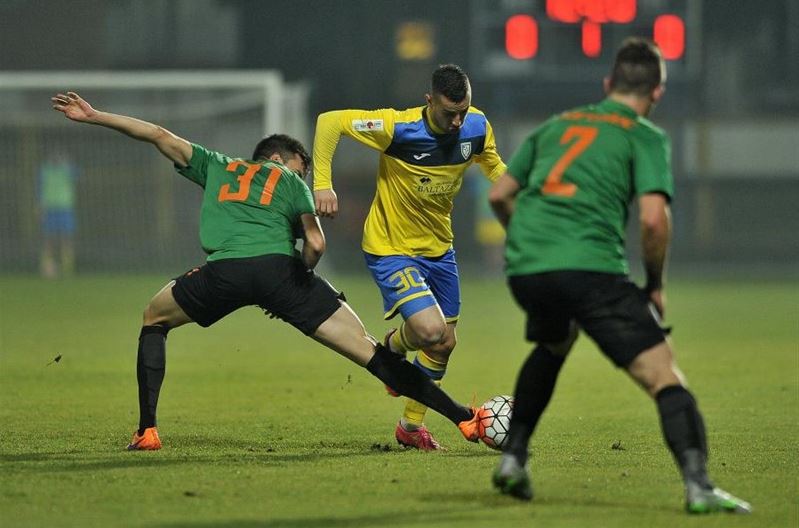 MF: For the end, tell us a bit about your situation before joining Inter Zaprešić in Croatia. Is it true that you even came close to retirement before turning your career completely and making the move to Croatia which ultimately led you to an excellent international career?

IN: It is true, I had some doubts after some injustices happened to me while I was playing for Metalurg. However, this should serve as a message to everyone and especially younger players chasing their dream. Be strong and have faith in yourself as I did. Never give up before doing everything you can in order to achieve what you always wanted. Hard work always pays off.

1974 The first NT player to reach 100 caps, Goce Sedloski, was born in the village of Golemo Konjari near Prilep.