Sunday, 13 June is now a day away. We have been counting the days ever since that memorable day on 12 November 2020 when Macedonia defeated Georgia in the play-off final to book a spot in EURO 2020, still called that despite being played in 2021 due to COVID.

photo by FFM: Pandev during the press conference

A familiar opponent, Austria, beckons in our first career fixture at a major tournament. Back in 2019, Macedonia and Austria were in the same group for EURO 2020 qualifying. Austria won both of those meetings back in 2019, including a 4:1 massacre in Skopje that could have been 8:1 or 9:1 if not for keeper Stole Dimitrievski. It was an UGLY performance, the worst under current coach Igor Angelovski who has been in charge since late 2015.

When a one sided display like that happens, it is hard to forget. Frankly, nobody should forget. So, you ask yourself was that a bad day at the office so to speak, or is Austria a terrible matchup for us? I would lean with the former. The Austria game started less than 72 hours after a match with Poland ended (hard fought and unlucky 0:1 loss). So, fatigue may have played a factor, plus in that Austria game we opened with 4 in the back which is very unusual since the coach prefers a 3-5-2 look against quality opponents. CB Visar Musliu was suspended for that match (picked up red card against Poland days earlier), but all the other key players played.

Two years later, almost exactly to the day of that 1:4 beatdown, Macedonia has a chance to exact revenge on Austria. Not many would get that chance, so the players must embrace it. Ultimately, the prize of EURO 2020 qualifying was to reach EURO 2020. Poland and Austria finished top-2 in that group and qualified for EURO 2020. Macedonia finished 3rd in the group, and utilized the Nations League route to also reach EURO 2020. So, this third meeting against Austria is the most important by far, so that ugly loss in June of 2019 will be forgotten and forgiven if our players can bounce back with a win over Austria in June of 2021.
Austria enters EURO 2020 in a negative vibe among their fanbase. They are very pessimistic and most of that negativity has to do with coach Franco Foda. He is certainly on the hot seat. With a bad showing at EURO 2020, Foda will be undoubtedly dismissed.

Austria, however, possesses plenty of firepower among their ranks. Arnautovic, Sabitzer, Alaba, Kalajdzic and Baumgartner are some of the offensive weapons at their disposal.

Despite all their talent on paper, Austria has been a massive underachiever on the big stage. In past EURO tournaments, they have compiled 2 draws and 4 losses. They have never gotten beyond the group stage. In EURO 2016, Austria entered with big expectations, but they ended up losing to Hungary and Iceland and drawing to Portugal.

As you can see, Austria has a lot of bad mojo and demons to overcome on the big stage. Plus, their coach is desperate and under a lot of pressure. Their talent on paper makes them tricky, but their track record in big tournaments makes them icky.

It is imperative for Macedonia to start well on Sunday because then the Austrian players will begin thinking “here we go again.” Do not give them any confidence as self-doubt will kick-in if they start slow.

I also very much hope that the Austrian players underestimate Macedonia and instead look ahead to their second game against the Netherlands. Austria also remembers that 4:1 beatdown from 2019, and most of their players are still the same from back then. So, if they are thinking this game will be easy and they will dominate again, that is where Macedonia must be ready to pounce and take advantage of Austria’s complacency.
Unlike the pessimism from Austria fans, the Macedonian supporters are over the moon. The Macedonia players are heroes who can do no wrong in this tournament. Just reaching EURO 2020 is a massive achievement, but our players have repeatedly said they are not happy with just being at the tournament. They see an opening too in this group with Austria, Ukraine and the Netherlands. They will forever be remembered as the generation that led Macedonia to our first major tournament, but now they have a chance to add to that history. The common goal is to get out of this group and reach the Round of 16.

All of the COVID tests on Saturday were negative for our players. That is very good news. Outside of the injured Ilija Nestorovski, every other key player is available for Sunday. Nine players in Dimitrievski, Velkovski, Musliu, Ristovski, Alioski, Bardhi, Ademi, Elmas and Pandev are absolute locks to start, while the two remaining starters will come from a trio of players in Nikolov, Trajkovski and Bejtulai. The formation will definitely be 3-5-2.

The projected starters that I expect coach Angelovski to field:

Austria is likely to start both Arnautovic and Kalajdzic, so I think coach Angelovski will aim to be sound defensively and go with Bejtulai at right CB and Ristovski at RWB as opposed to Ristovski at right CB, Nikolov at RWB and Trajkovski then coming on for Bejtulai.
Kalajdzic, the Stuttgart teammate of Darko Churlinov, is 6’7” and will present problems in aerial headers. Musliu, Velkovski and Bejtulai are solid in the air, but they will be giving plenty of height to Kalajdzic. Austria, in general, is a much bigger and taller team than us. So, defending set pieces well will be a crucial element if we want to upset Austria.

The weather forecast calls for rain throughout the match. It will begin raining in the afternoon, and the rain will continue for much of the evening, including at the time of kick-off (7 pm local time in Bucharest, Romania). We shall see which team adjusts better to the wet conditions, and whether the pitch will be problematic with all the rain that is expected to fall.

Austria has a relatively new #1 keeper in Daniel Bachmann. He had a good season for Watford, but international football is a different animal compared to club football. His first two caps came in recent friendlies, so Bachmann’s first actual competitive cap for the senior national team of Austria will come on Sunday. Given the wet pitch, it would be very wise to keep testing him and see how his nerves hold up.

Our players have no pressure. They have nothing to lose. Play calm and relaxed. That has usually served us well in the past, including recently in March during the win at Germany.

Gut-wise, in thinking about this fixture, I just feel it has 2:1 written all over it for somebody. You can make a case for both sides. Austria does possess really good talent and they beat us pretty convincingly in 2019. Meanwhile, I love the spirit, fight, desire, motivation and mentality of our current team. I foresee a competitive encounter. Who is able to maintain composure? Given Austria comes up small in big moments and our no pressure situation, I say Macedonia does.

1995 Midfielder and NT player Enis Bardhi was born in Skopje. 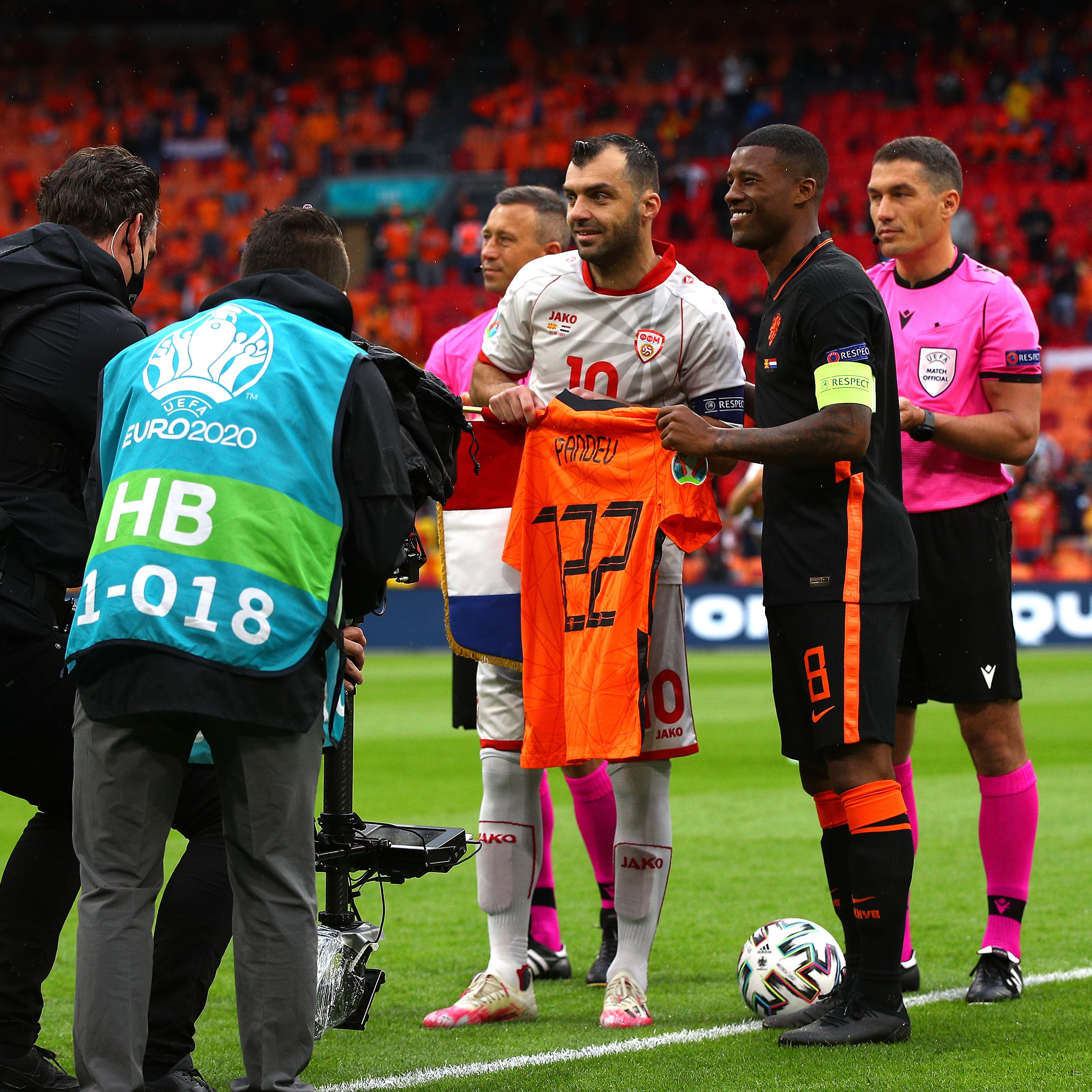