In the last game of the U21 qualifications for the 2021 EURO the young Macedonians gained three points against Montenegro.

photo by FFM: Celebration after the goal by Gjorgjievski (#9)

Our young lads had no chance to reach qualification, nevertheless a win was important for the team as every point counts for a better ranking for an upcoming draw. Coach Blagoja Milevski fielded Jankov on goal, Todoroski, Serafimov, Stoimenovski and Sheji in defense, Atanasov and captain Zdravkovski in defensive midfield, Ackovski at AMC, Miovski on the right wing, Trapanovski on the other wing, while Gjorgjievski was the center-forward. 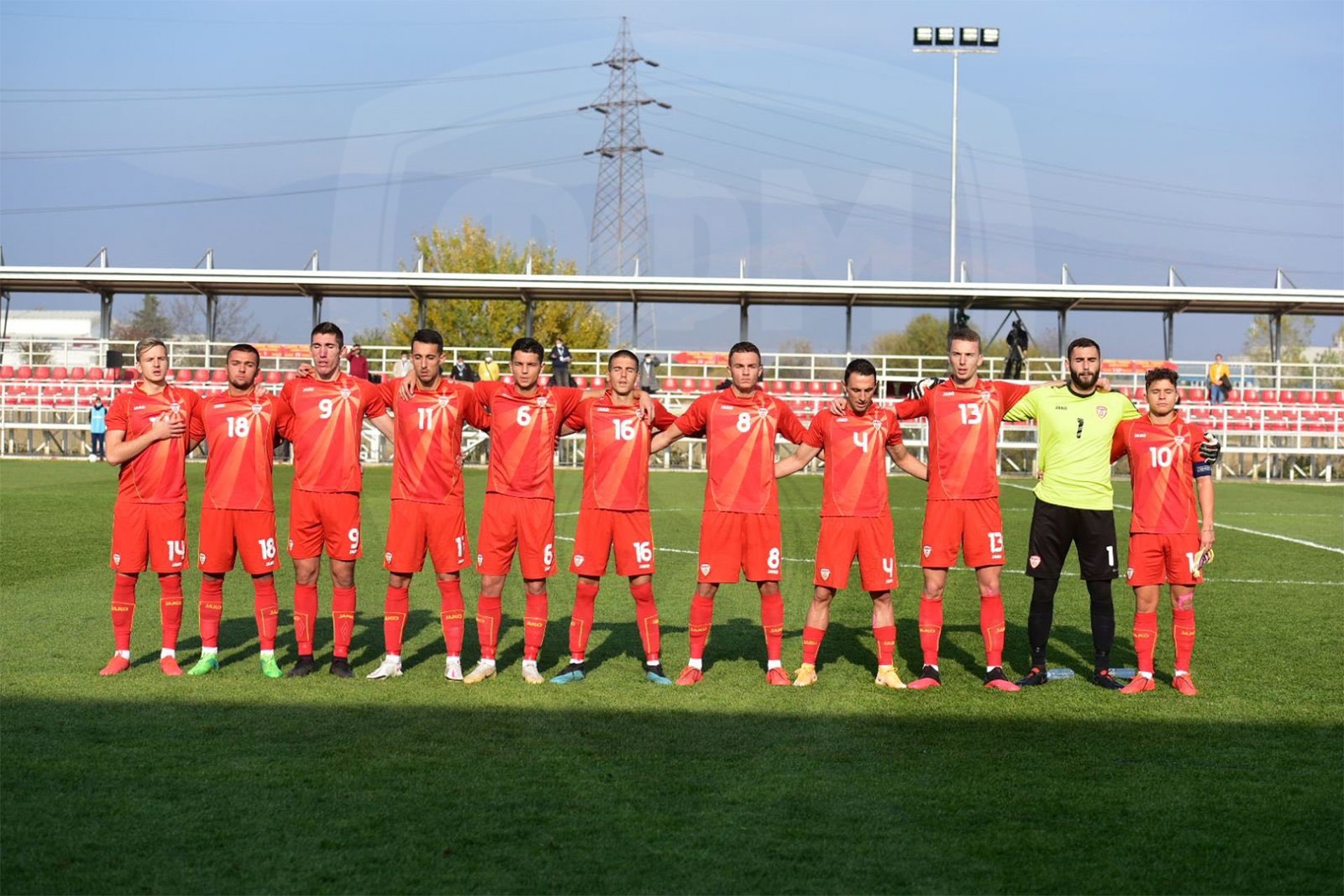 The starting line-up before the game; photo: FFM

Macedonia was dominant from the first minute and Gjorgjievski opened the score in the 13th minute with a right-footed shot after a pass by Atanasov. In the 40th minute Miovski had an opportunity to double the lead, but his header from close range was blocked greatly by the visitors goalie.

Directly after the half-time break Antovski replaced Sheju at LB. Six minutes into the second half Montenegro almost scored a goal, but CB Serafimov rescued with a great tackle. In the 55th minute Milevski introduced Fazlagikj, Stojanov and Elezi. Later in the 74th minute midfielder Ackovski had a nice shot, but the goalkeeper deflected the ball to a corner.

In the 78th minute Stojanov was fouled in the box and Miovski converted calmly the following penalty. It seemed that this goal decided the game, but Macedonia struggled from than and in the 86th minute Montenegro netted the 2:1. The visitors continued to attack and just one minute later it was again our dominant CB Serafimov who had a great tackle to stop a goal chance by the opponents.

Eventually, Macedonia finished on the 2nd place behind Spain in group 6 of the qualifications. A good placement, unfortunately we had not enough points to be one of the best placed runners up, so we won’t be part of the play offs for the last places on the EC. This generation was made of players born in 1998 and later, the next cycle will be for player born in 2000 and later.

1998 Winger Darko Dodev was born. On this pic Darko (#21) is in action against Rabotnicki; photo by fkrabotnicki.com

The Macedonian federation confirmed today that Igor Angelovski, whose contract expired on 31 December of last year, has signed an extension to remain in charge of the NT for EURO 2020.

This became an unnecessary distraction, but FFM made the right decision in the end.