Risto Mitrevski moved to Hapoel Haifa after he terminated his contract with Croatian side Istra 1961 because of unpaid wages.

A couple of weeks ago Risto Mitrevski and Tome Kitanovski left Istra 1961 due to the bad financial situation of the Croatian club. The former already found a new club as he signed a deal with Hapoel Haifa from Israel. The club competes in the top tier called Ligat ha’Al and is actually on the 2nd position with just one point behind leaders Hapoel Beer Sheva. In the past a couple of Macedonians were active in Israel, however there was none over the last years.

26-years-old Mitrevski spent the last 18 months in Croatia playing for Istra 1961. The club fights against relegation, nevertheless Risto had an individually successful stay as he showed good performances in the 1.HNL. Risto was mostly fielded in central defense, but he also had some games in defensive midfield when his coach selected a very defensive style of play. 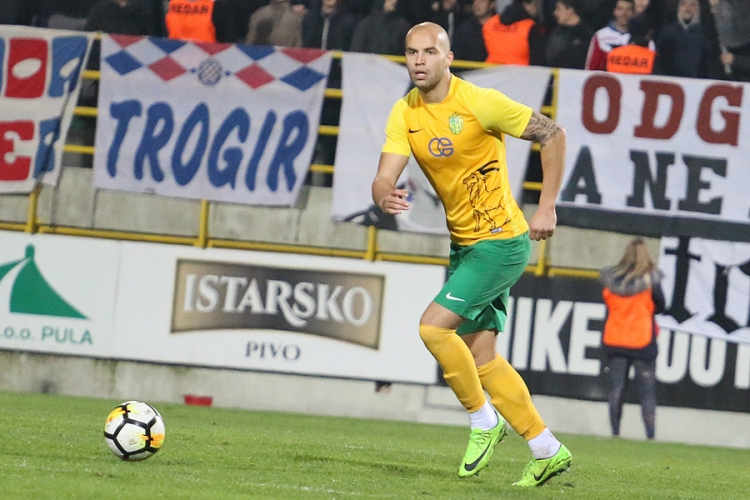 Before moving to Croatia Mitrevski had short stays at Bosnian side Sarajevo and Serbian club Donji Srem. In Macedonia he started his professional career at Rabotnichki, but he was also part of Pobeda, Napredok, Teteks and Metalurg. He had the biggest progress at the latter club where he turned to a solid defender before moving abroad. Although he has caps for Macedonia’s youth national teams, Risto still waits for his senior national team debut. Actually Darko Velkovski, Gjoko Zajkov, Visar Musliu and Kire Ristevski are coach Igor Angelovski’s top options, but Mitrevski is one of the candidates waiting in line for a chance in the upcoming period.