This past weekend Uroš Matić won the Cypriot Super Cup, while Haris Hajradinović and Danny Musovski netted one goal apiece for their respective teams. Furthermore Marko Johansson was able to keep a clean sheet in a road victory in Sweden.

photo by Ferdi Uzun/AA: Haris Hajradinović celebrates with the fans 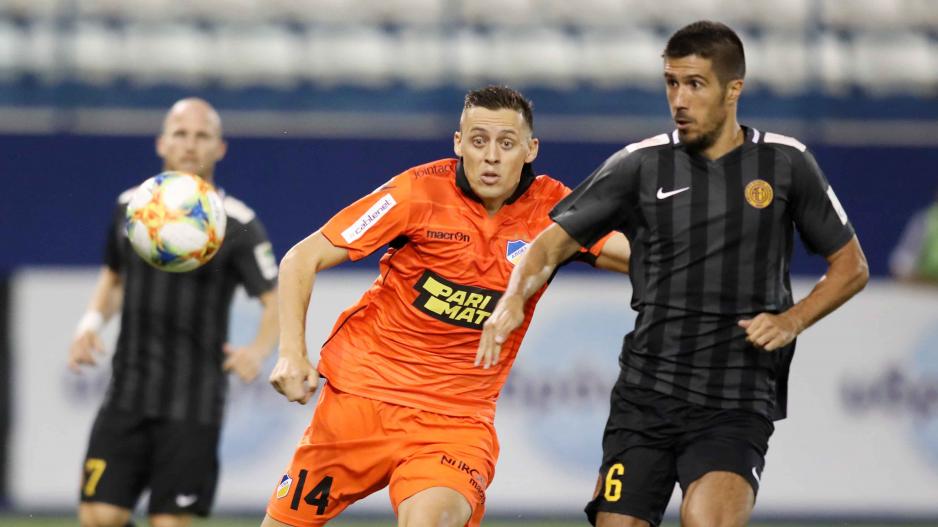 Uroš (#14) during the game; photo: alphanews.live

Italy, Serie B, Empoli – Perugia 3:0
Nedim Bajrami opened on Empoli’s bench and played from the 56th minute after he replaced Davide Frattesi.

Netherlands, Eredivisie, Feyenoord – Twente 5:1
Lindon Selahi started in central midfield for Twente and played 57 minutes as his team was demolished by Feyenoord. In the 21st minute Lindon also received a yellow card.

Portugal, Taça de Portugal, Caldas – Varzim 0:1
Marko Pavlovski was an unused substitute for Varzim as his team kicked out Caldas of the Portuguese cup to reach the next round.

Sweden, Allsvenskan, Elfsborg – AIK 1:1
Deniz Hümmet made a late substitute appearance for Elfsborg as he was introduced six minutes from time.

Turkey, Süper Lig, Denizlispor – Kasımpaşa 0:1
Haris Hajradinović started in attacking midfield for the visitors and played a big role in the away win at Denizlispor as he netted the lone goal in the 67th minute. In this game Haris was all minutes on the field.

USA, USLC, Reno – Real Monarchs 1:2
Danny Musovski began in attack for Reno and played the whole game. Danny opened the score in the 29th minute when he headed home a cross, but his team conceded two unanswered goals and lost at home against the Real Monarchs.

@MacedonianFooty It's hard to see where he'd get gametime, I just saw your post about the teams from 9th to 20th, outside of the 3 promoted sides all the other sides have key or important players as a right back or right wing back who would be very hard to displace.