The 28-years old Macedonian defender after 3 years in Groclin Dyskobolia in the Polish league has signed a three-years long contract with the Polish vice-champions Legia Warszawa.

The negotiations for the transfer were succesful and the macedonian defender will move to one of the best and most succesful Polish clubs. Legia Warszava has won the Polish championship 8 times, most recently in 2006. This season they have won the Polish Cup. The transfer fee is still unknown. With this transfer Kumbev will have the chance to play in UEFA cup in the next season after his ex-club Groclin have refused to play.

Pance Kumbev has started his career in the local club Borec from Veles, before moving to FK Pobeda from Prilep. His first international experience was Groclin Dyskobolia where he has spend 4 years. For a short time he was member of Obra Kościan but the most succesful period was in Groclin where he has won 2 Polish cup titles and 2 league cup titles. Overall, his Polish stats say 52 caps for Groclin and 3 goals. Kumbev has also 9 caps for the macedonian national team. 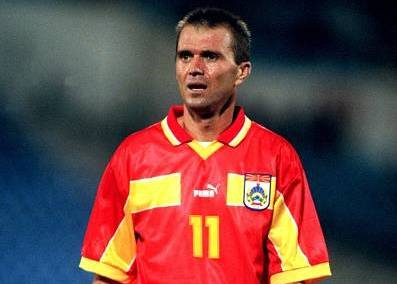