In a rather busy midweek period, with over 30 games involving Macedonian internationals, Besart Abdurahimi and Enis Bardhi managed to score one goal apiece for Lokeren and Újpest, Daniel Mojsov recovered from his injury for Adana Demirspor, while Stefan Ristovski and Leonard Zuta recorded assists for Rijeka.

Italy, Serie A, Palermo – Sassuolo 0:1
Aleksandar Trajkovski opened on the bench for Palermo before he was introduced at the start of the 2nd half to substitute Oscar Hiljemark. Trajkovski was mostly quiet as Palermo suffered a disappointing home loss against Sassuolo.

With Palermo losing 1:0 to Sassuolo, @alextrajko was introduced at the start of the 2nd half, replacing O. Hiljemark: pic.twitter.com/sSJ5iTFDN6

Italy, Serie A, Lazio – Genoa 2:0
Goran Pandev started for Genoa and played until the 85th minute when he received a direct red card. Pandev was sent off for throwing an elbow at the face of defender Maurício. It marked an ugly return for Pandev at Lazio, the place where he made his name years ago.

Italy, Serie B, Como – Trapani 0:0
Nikola Jakimovski began in left midfield for Como and played until the 67th minute when he was replaced by Isaac Ntow. Jakimovski also picked up a yellow card in the 42nd minute.

Austria, ÖFB-Samsung-Cup, Wels – Austria Wien 0:7
Vanche Shikov played all 90 minutes for Austria Wien who rolled over Wels to reach the next round in the domestic cup.

Croatia, Hrvatski Nogometni Kup, Bednja – Rijeka 0:10
Stefan Ristovski started at right-back for Rijeka and played until the 59th minute when he was replaced by Marko Vesovic, while his teammate Leonard Zuta opened at left-back and played the full game. Rijeka dominated Bednja, a lower division side, by scoring ten goals. Zuta picked up two assists, while Ristovski had an assist of his own as well.

Croatia, Hrvatski Nogometni Kup, Blato Zmaj – Inter Zaprešić 2:3
Ilija Nestorovski was given a rest by Inter Zaprešić as he failed to make the matchday squad.

Croatia, Hrvatski Nogometni Kup, Tehničar – Slaven Belupo 0:3
Muzafer Ejupi played the complete 1st half for Slaven Belupo before he was taken out during the halftime break by Filip Mihaljevic. Slaven Belupo already led 3:0 at that time, with Ejupi scoring the first goal in the 20th minute. So, the manager decided to spell Muzafer in the 2nd half.

Slovenia, PrvaLiga Telekom Slovenije, Maribor – Domžale 1:1
Agim Ibraimi got the start for Maribor and played until the 81st minute when he made way for Damjan Bohar, while Zeni Husmani was not called up by Domžale. Ibraimi attempted one shot on target in the 18th minute, but it was saved by the keeper.

Belgium, Croky Cup, Lokeren – Acren 6:2
Besart Abdurahimi opened on the bench for Lokeren before he was introduced in the 53rd minute to take the spot of Ayanda Patosi. Abdurahimi then quickly grabbed a goal eight minutes later to help his team demolish Acren in the Belgian Cup. Besart’s goal came following a deflection that saw his effort reach the back of the net.

Turkey, Ziraat Türkiye Kupası, Eskişehirspor – Körfez İskenderunspor 1:0
Muarem Muarem started on the wing for Eskişehirspor and played until the 33rd minute when an injury forced him to be replaced by Matías Defederico. Eskişehirspor has not disclosed whether Muarem’s injury is serious or not. 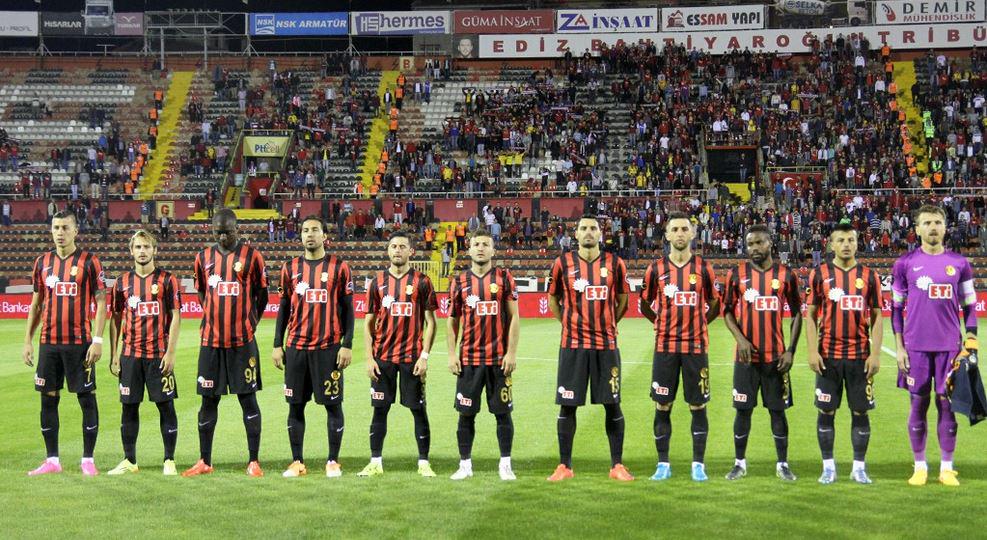 Hungary, Magyar Kupa, Celldömölk – Újpest 0:9
Enis Bardhi played the whole match for Újpest and scored the very last goal in the 87th minute. It came on a precise shot from long range. Újpest made easy work of lower division side Celldömölk to advance in the Hungarian Cup.

Bosnia, Kup Bosne i Hercegovine, Zrinjski – Sarajevo 1:1 (Sarajevo advanced 6:5 on penalties)
Krste Velkoski played the entire game for Sarajevo who needed penalty kicks to squeak past Zrinjski in the Bosnian Cup. Velkoski converted one of Sarajevo’s spot kicks as all six of their players managed to beat the Zrinjski keeper.

Switzerland, Challenge League, Schaffhausen – Wil 4:1
Ezgjan Alioski returned from his red card suspension for Schaffhausen by coming off the bench in the 75th minute to replace Haxhi Neziraj, while Samir Fazli of Wil was introduced at the start of the 2nd half. In the 85th minute, with Wil trailing 4:0, Fazli netted the lone goal for his team.

Switzerland, Raiffeisen Super League, Young Boys – Basel 4:3
Taulant Sulejmanov-Seferi was not summoned by Young Boys as he continues to rehab from his injury.

Russia, Kubok Russia, Tambov – Krylia Sovetov 2:3
Adis Jahovic was not among the 20 players called up by Krylia Sovetov. Jahovic returned to Russia on Monday from his medical treatment in Germany. He was even cleared to resume training, but Jahovic must now work on improving his physical condition.

Netherlands, KNVB Beker, NAC Breda – Heerenveen 0:1
Uros Matic played all 90 minutes for NAC Breda who was eliminated from the Dutch Cup with this narrow loss to Heerenveen. Matic created two scoring opportunities in the 1st half, but his first effort went just wide while his second attempt was well saved. 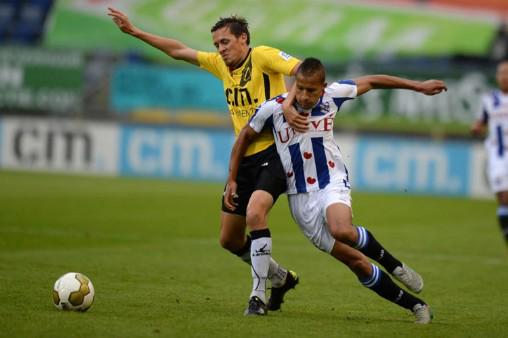 Cyprus, First Division Championship, Doxa – APOEL 0:1
Valmir Nafiu remains out of the coach’s plans at APOEL, so he was once again missing from the squad.

Thailand, Thai FA Cup, Muangthong United – Chiangrai United 1:0
Mario Gjurovski started for Muangthong United and played until the 53rd minute when he was replaced by Chananan Pombuppha. In a pitch that was more suited for water polo due to the heavy rain, Muangthong United converted a penalty in the 75th minute to get the win.

Slovakia, Fortuna Liga, Spartak Myjava – Ružomberok 2:1
Darko Tofiloski played from the start for Ružomberok and conceded two goals in the 17th and 21st minute. Tofiloski was made to look bad on the first goal when he left his post early, allowing an opponent to chip an effort past him.

South Korea, K-League Classic, Jeonnam – Suwon 0:2
Stevica Ristic played the entire game for Jeonnam in their home loss against Suwon, one of Stevica’s former clubs. Ristic had a good chance in the 31st minute, but he couldn’t get his shot over the keeper.

Sweden, Superettan, Mjällby – Ljungskile 0:0
Daniel Ivanovski was fielded at right-back for Mjällby and played until the 74th minute when he was substituted by Robin Cederberg. With five rounds to go this season, Mjällby is involved in a tight relegation battle. The bottom six teams, which also includes Mjällby, are only separated by four points.

Bulgaria, Kupa na Bulgaria, Oborishte – Lokomotiv Plovdiv 0:2
Zoran Baldovaliev got the start for Lokomotiv Plovdiv and played until the 79th minute when he made way for Martin Kamburov. Baldovaliev scored both goals for his team in the 12th and 45th minute. His first goal came directly from a free kick, while his second goal came on a rebound opportunity from close range after his initial penalty was saved.

The free kick goal by Baldovaliev:

Denmark, DBU Pokalen, Køge – Horsens 2:0
Aleksandar Stankov started in attack for Horsens and played the complete match. Stankov came close to scoring in the 69th minute, but he couldn’t get his effort past the keeper.

Finland, Veikkausliiga, Mariehamn – Inter Turku 0:2
Egzon Belica played all 90 minutes for Inter Turku and was part of a defense that kept a clean sheet. These two teams will square off again this weekend, this time in the Finnish Cup final.

During the pause in football Belasica have used the time to renovate the main tunnel at the Blagoj Istatov Stadium in Strumica.