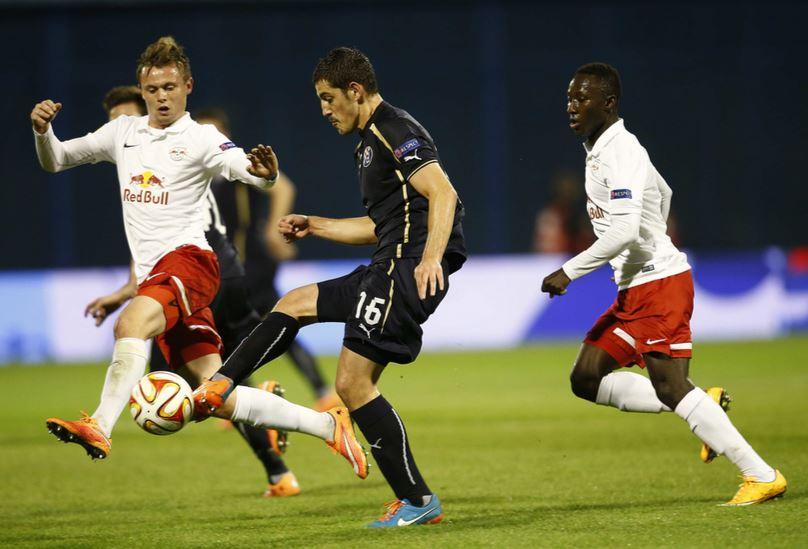 Agim Ibraimi utilized a great strike to score a goal against Chelsea in the Champions League, Mirko Ivanovski won a penalty for CFR Cluj, while Arijan Ademi and Dinamo Zagreb were once again destroyed by Red Bull Salzburg in the Europa League.

UEFA Champions League, Group D, Borussia Dortmund – Galatasaray 4:1
Goran Pandev was not called up by Galatasaray as he did not make the trip to Germany.

UEFA Champions League, Group G, Maribor – Chelsea 1:1
Agim Ibraimi got the start for Maribor and played until the 90th minute when he was substituted by Damjan Bohar.  Ibraimi scored the lone goal for Maribor in the 50th minute on a stunning left footed strike from a difficult angle.  Agim was questionable for this game since he had been dealing with a bad flu over the past week, but he found the strength to make himself available and gave Maribor a solid 90 minutes (along with a goal as well).

Video of the goal by Ibraimi:

UEFA Europa League, Group L, Lokeren – Trabzonspor 1:1
Besart Andurahimi opened on the bench for Lokeren before he was introduced in the 79th minute to replace Nill De Pauw.

UEFA Europa League, Group F, Qarabağ – Dnipro 1:2
Muarem Muarem started on the left wing for Qarabağ and played the complete match.  Muarem attempted two shots from distance, but neither managed to trouble the Dnipro keeper.  After four rounds, Qarabağ is in a three team tie for second place in their group. 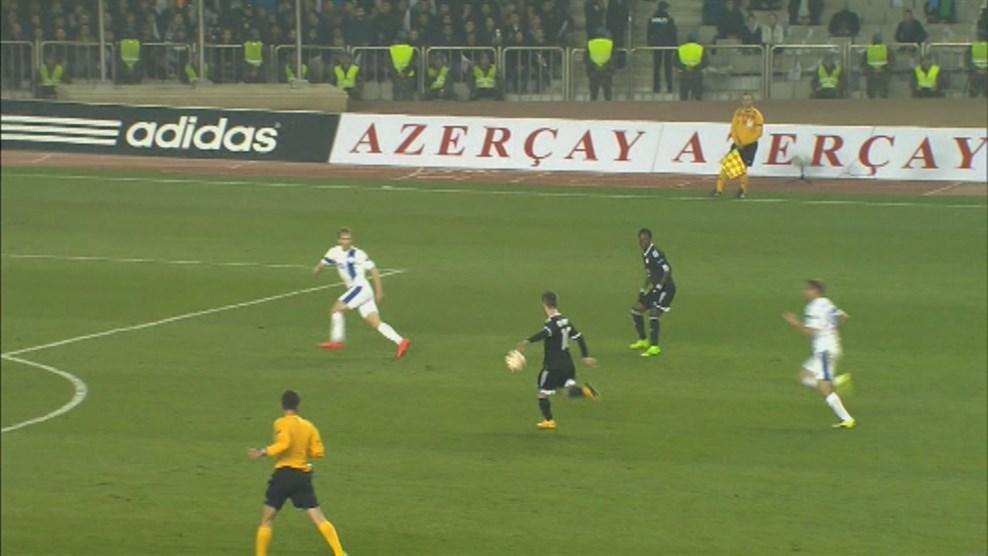 Romania, Liga I, CFR Cluj – Brașov 1:2
Mirko Ivanovski played all 90 minutes for CFR Cluj and had an eventful game in the narrow home loss versus Brașov.  Things started well as Mirko won a penalty in the 5th minute when he was fouled inside the area (his teammate Giorgi Chanturia converted the spot kick).  However, just before halftime, Ivanovski gave away a penalty after a free kick by Brașov struck him in the arm.  He tried to jump and extended his hand which made contact with the ball, leading to the penalty.  Afterwards, he protested the decision which led to a yellow card.  Mirko’s finishing on the other end continued to let him down, especially in the 90th minute when he fired a close range shot right at the visiting keeper.

Romania, Liga I, Pandurii – Concordia 1:1
Hristijan Dragarski was an unused substitute for Concordia, while his teammate Filip Timov was not summoned in the matchday squad.

Bulgaria, A Group, Beroe – Litex Lovech 2:0
Stefan Spirovski opened on the bench for Beroe before he made a late appearance in the 84th minute to take the spot of Brazilian midfielder Elias, the scorer of both goals for the winning side.

Slovakia, Fortuna Liga, Žilina – Podbrezová 0:0
Dejan Peshevski was not among the 18 players called up by Podbrezová.

Switzerland, Challenge League, Chiasso – Wohlen 0:1
Zoran Baldovaliev started on the bench for Chiasso before he entered the game in the 81st minute to replace fellow striker Dragan Mihajlovic.