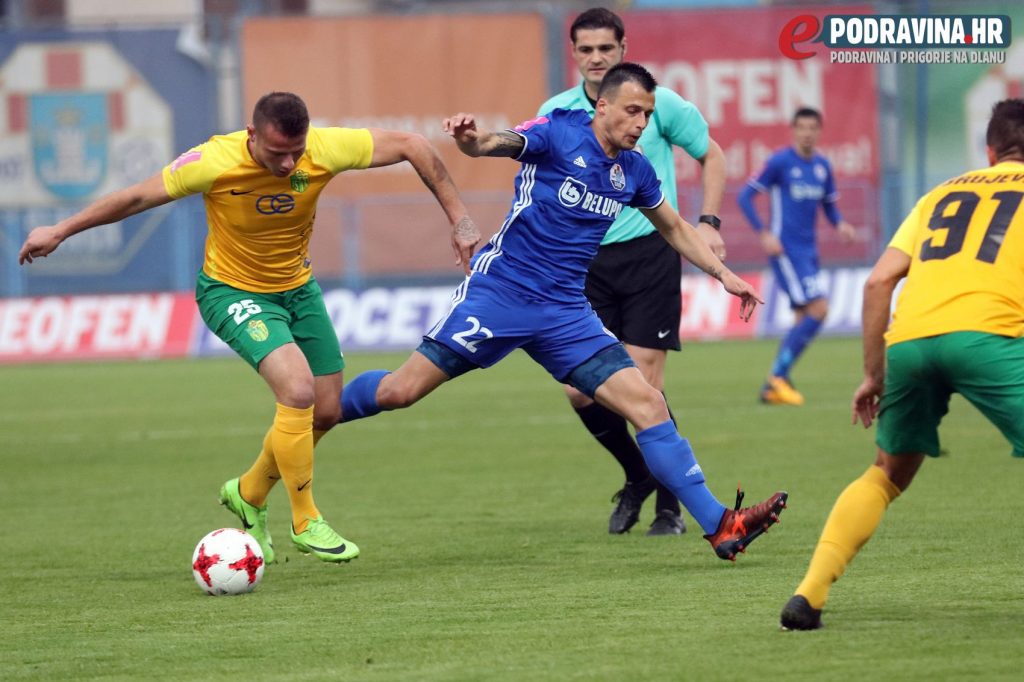 Rich weekend for the internationals as Nestorovski, M. Ivanovski scored goals, Alioski and Mahmudov both scored and provided an assist, while Jahovikj assisted to a goal in Turkey.

Albania, Kategoria Superiore, Flamurtari – Teuta 0:0
All four players from Macedonia started for their respective teams and played until the end. Artim Polozhani, Goran Siljanovski and Muhamed Useini for Flamurtari, while Nijas Lena was their opponent. The game ended in a goalless draw, moreover Goran and Artim picked up a yellow card apiece.

Belarus, Vysheyshaya Liga, Krumkachy – Minsk 2:1
Darko Micevski played all minutes for Minsk while his team suffered a narrow loss at Krumkachy. In the 27th minute Micevski also received a yellow card. This was the last round of this years Vysheyshaya Liga and Darko’s team barely avoided relegation as they finished on the 14th position in a league made of 16 teams. Defensive midfielder Micevski appeared in 28 of 30 possible games (all of them in the starting eleven).

Belgium, Jupiler Pro League, Waasland-Beveren – Charleroi 0:2
Gjoko Zajkov made the matchday squad for Charleroi, but played just a couple of minutes as he came off the bench in the 87th minute to strengthen his teams defense. Eventually, his team won on the road against Waasland-Beveren.

Bosnia-Herzegovina, BH Telecom Premijer Liga, Željezničar – Sarajevo 2:1
Krste Velkoski started for Sarajevo and lasted 62 minutes on the pitch. In the end, his team lost away to Željezničar.

Croatia, Hrvatski Telekom Prva Liga, Slaven Belupo – Istra 1961 2:0
Mirko Ivanovski made the start for the hosts and played the entire game, while Risto Mitrevski and Tome Kitanovski didn’t make Istra’s matchday squad. Slaven collected three points and it was Mirko who confirmed the victory in the 1st minute of stoppage time when he netted his teams second goal with a right-footed shot. Ivanovski was also involved in the emergence of the first goal as he passed the ball to the player who was credited with the assist.

Cyprus, Protáthlima Cyta, AEK – Paphos 2:0
Daniel Mojsov played the whole match for the winning side, while Ivan Trichkovski played up to 90th minute when he was taken off. With this win AEK have climbed up to the top of the table.

Cyprus, Protáthlima Cyta, Anorthosis – AEL 1:1
Davor Zdravkovski did not feature in this match for the visiting side.

Cyprus, Protáthlima Cyta, Aris – Ermis 0:2
Edin Nuredinoski and Vlatko Drobarov played the whole game for the hosts in the Macedonian derby in Cyprus. Nuredinoski was shown a yellow card. At the winning side, Aleksandar Damchevski was given the start and he helped his team keep a clean sheet.

Czech Republic, HET Liga, Zlín – Slovácko 2:1
Veliche Shumulikoski is one of the most regular players for the visiting side and once again he has played the whole match for his team.

Czech Republic, HET Liga, Bohemians 1905 – Slovan 0:0
Yani Urdinov did not feature for the hosts in this game.

Egypt, Presentation Premier League, Ismaily – Smouha 1:0
Bojan Najdenov did not feature for the losing side.

England, Championship, Barnsley – Leeds United 0:2
Ezgjan Alioski was easily one of the best players on the pitch as he helped his club to get the win by providing an assist to the first goal and scoring the second goal. Check out his performance in the video below.

Hungary, OTP Bank Liga, Diósgyőr – Újpest 1:2
Viktor Angelov wasn’t called up for the game, while Remzifaik Selmani remained on the bench for the winning side.

Italy, Serie A, Genoa – Roma 1:1
Goran Pandev again found himself in Genoa’s starting eleven. He got substituted four minuted after Roma’s opener by Gianluca Lapadula who few minutes later won a penalty kick and leveled from the spot.

Italy, Serie B, Avellino – Palermo 1:3
Ilija Nestorovski scored the third goal in the 77th minute to secure important road points. It was his 10th league goal this season and he is currently sharing the second place on the goalscoring list. He got substituted by Antonio La Gumina four minutes from time. His teammate Aleksandar Trajkovski stayed on the bench.

Netherlands, Eerste Divisie, Dordrecht – Jong AZ 3:2
Denis Mahmudov brought the victory for Dordrecht over Jong AZ. He
entered the match in the 73rd minute and four minutes later assisted to
Duarte Lopes for equalizing the score and in the 89th minute Mahmudov
scored the winning goal for his team. Antonio Stankov stayed on Dordrecht’s bench during the whole match.

Serbia, SuperLiga, Radnički Niš – Zemun 4:1
Petar Krstikj is still out of Radnički’s squad because of injury.

Serbia, SuperLiga, Mačva – Javor 1:1
Bojan Gjorgievski played whole game for Mačva while both Aleksa Amanovikj and Filip Ivanovski started for Javor and were substituted in the second half, Amanovikj by Miljan Ilić at 72nd minute and Ivanovski by Filip Obadović at 63rd minute of the game. Amanovikj was also shown a yellow card at 66th minute. Filip Ristovski wasn’t summoned for Javor.

Serbia, SuperLiga, Bačka – Vojvodina 1:0
Daniel Avramovski wasn’t part of Vojvodina’s squad at this game as he was suspended by his club.