Australia, Hyundai A-League, Newcastle United Jets – Western Sydney Wanderers 1:1
Daniel Georgievski started at right-back and played just 13 minutes for Newcastle as he had to be replaced because of a hamstring injury.

Belarus, Vysheyshaya Liga, Minsk – Neman 0:1
Darko Micevski made the start for Minsk and played the entire game. Eventually, his team lost at home against Neman.

Belgium, Jupiler Pro League, Charleroi – Gent 2:1
Gjoko Zajkov opened on Charleroi’s bench and played from the 77th minute. Gjoko was introduced to strengthen his teams defense as the hosts had a 2:1 lead. It worked out and Charleroi collected three points in the game against Gent. 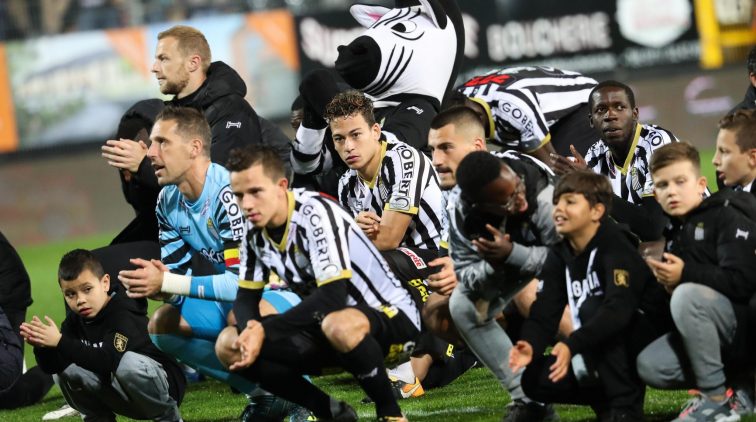 Bosnia-Herzegovina, BH Telecom Premijer Liga, Sarajevo – Čelik 5:0
Krste Velkoski made the start for Sarajevo as his team demolished Čelik. In the 9th minute it was Krste who netted the opener when he converted a penalty, furthermore he was credited with the assist for the last goal scored in the 47th minute. The game was early decided, thus Velkoski left the field in the 53rd minute to get some rest.

Croatia, Hrvatski Telekom Prva Liga, Dinamo – Rijeka 3:1
Arijan Ademi began in midfield for Dinamo and played 78 minutes in the big win against Rijeka. Meanwhile, Leonard Zhuta started at left-back for the visitors and lasted until the 52nd minute on the pitch.

Croatia, Hrvatski Telekom Prva Liga, Osijek – Lokomotiva 3:0
Muzafer Ejupi started in attack for Osijek and played until the hour mark. At that point the game was goalless, but Muzafer’s team netted three goals in the last 23 minutes to down Lokomotiva.

Croatia, Hrvatski Telekom Prva Liga, Rudeš – Cibalia 1:1
Neither Samir Fazli for the hosts nor Armend Dalipi for the visitors made the matchday squad.

Cyprus, Protáthlima Cyta, Alki – AEK 0:1
Daniel Mojsov played the whole match for the visitors and was part of a defense that kept clean sheet, while Ivan Trichkovski remained on the bench throughout the game.

Cyprus, Protáthlima Cyta, Ermis – AEL 0:1
Both Aleksandar Damchevski for the hosts and Davor Zdravkovski for the visitors were unused subs at this match.

Cyprus, Protáthlima Cyta, Paphos – Aris 0:0
Edin Nuredinoski was the starting keeper for the visitors, while Vlatko Drobarov was not in the matchday squad.

Cyprus, Protáthlima Cyta, Ethnikos – APOEL 1:1
Both Martin Bogatinov and Mite Cikarski played the whole match for the hosts and stole a point from the favorites.

England, Championship, Leeds United – Sheffield United 1:2
Ezgjan Alioski played up to 70th minute for the hosts. He had one opportunity in the second half when he received a cross in the box, but his header was saved by the opposing keeper.

Finland, Veikkausliiga, Lahti – HIFK 2:1
Marko Simonovski played the whole match for the hosts. Lahti needed to win to secure an European place for next season and they delivered. Simonovski ended the season as club’s best goalscorer and was in the Top 5 in whole league.

Finland, Veikkausliiga, SJK – Inter 5:0
Kosta Manev remained on the bench in his side heavy defeat.

Hungary, OTP Bank Liga, Mezőkövesd – Ferencváros 0:1
Stefan Spirovski played the whole match for the visitors and took part in the creating of the only goal of the match. He has provided a ball for Marcos Pedroso who then assisted to the goalscorer Dániel Böde.

Hungary, OTP Bank Liga, Újpest – Videoton 2:2
Viktor Angelov remained on the bench for the hosts, while Remzifaik Selmani was introduced in 87th minute when the team was chasing a win. Italy, Serie A, SPAL – Genoa 1:0
Goran Pandev started from the bench and was introduced in the 62nd minute, six minutes after SPAL took the lead, coming in instead Luca Rigoni. His team was desperately trying to equalize and even coach Jurić put two more attackers but still could not find the back of the net of the well motivated host team. Pandev did not have a real chance to score. This defeat put Genoa in the relegation zone.

Italy, Serie B, Palermo – Virtus Entella 2:0
Ilija Nestorovski started and in the 23rd minute converted a penalty kick to break the dead lock. In the 48th minute he scored again to double the lead, this time a beauty from free kick. Three minutes before the end he was substituted with Aleksandar Trajkovski. 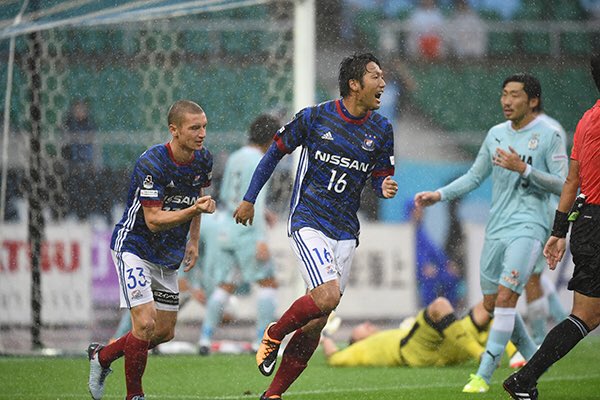 Kazakhstan, Kaesipqoi Ligasy, Aktobe – Ordabasy 2:0
Both Dushan Savikj and Muarem Muarem were in the starting
line-up for the home team and Muarem scored a nice goal from long
distance in the 55th minute with which he announced the victory for
Aktobe. Muarem was replaced in the 77th minute while Savikj played the
whole match.

Netherlands, Eredivisie, Twente – Excelsior 1:3
Nikola Gjorgjev was listed as substitute for Twente, but didn’t get a chance on the match against Excelsior.

Netherlands, Eerste Divisie, Waalwijk – Dordrecht 1:0
Both Denis Mahmudov and Antonio Stankov played the whole match for Dordrecht, but didn’t help their team to avoid the defeat.

Netherlands, Eerste Divisie, De Graafschap – Fortuna 2:0
Stefan Ashkovski entered the match in the 56th minute, but his team was defeated away to De Graafschap.

Portugal, Liga NOS, Rio Ave – Sporting 0:1
Stefan Ristovski was a substitute for Sporting and didn’t play on this match.

Serbia, SuperLiga, Radnički Niš – Napredak 1:3
Petar Krstikj is still out of Radnički’s squad because of injury.

Serbia, SuperLiga, Rad – Vojvodina 0:3
Daniel Avramovski started at Vojvodina’s bench before he came as a substitution at 51st minute instead Aleksandar Mesarović.

Aleksa Amanovikj played whole game for Javor and he scored his team’s only goal at 30th minute, while Filip Ivanovski left the pitch at 82nd minute when he made way for Filip Obadović. Their teammate Filip Ristovski wasn’t summoned for this match.

Spain, Primera División, Eibar – Levante 2:2
Enis Bardhi started in midfield for Levante and played till 89th minute when he was replaced by Ivory Coast international Cheick Doukouré. He scored his team’s second goal at 37th minute.

Spain, Segunda División, Lugo – Gimnàstic 1:0
Stole Dimitrievski was the visitors starting goalkeeper and he conceded one goal at this game.

Sweden, Allsvenskan, Norrköping – Örebro 2:0
David Mitov Nilsson remained whole match between the posts for the home team and he kept a clean sheet in his team’s victory.

Elmas is young, & now hopefully immune from COVID after getting it, so he should be plenty fit by Nov. 12