photo by garbnews.net: Hasani celebrates one of the goals

Albania, Kategoria Superiore, Luftëtari – Kukësi 0:1
Edis Malikji and Ardian Cuculi were starters for Kukësi and helped their team to keep a clean sheet in the narrow win away to Luftëtari.

Albania, Kategoria Superiore, Partizani – Tirana 2:1
Egzon Belica started at central back for Partizani and played all minutes, while his teammate Besnik Ferati didn’t made the squad. For the visitors Dejan Blazhevski opened on the bench and played from the 67th minute, whereas Sedat Berisha wasn’t called up.

Albania, Kategoria Superiore, Skënderbeu – Teuta 0:1
Bojan Gjorgievski was the starting right-back for Teuta and was the whole game part of a defense that kept a clean sheet in the big win away to Skënderbeu. Meanwhile, Bobi Celeski watched the game from the bench as he served as his teams reserve goalkeeper.

Australia, Hyundai A-League, Melbourne City – Newcastle United Jets 3:0
Daniel Georgievski started for Newcastle and played all minutes in the loss away to Melbourne City. Daniel also picked up a yellow card in the 2nd minute of the first halfs stoppage time.

Azerbaijan, Topaz Premyer Liqası, Sumqayıt – Səbail 1:0
Tome Kitanovski didn’t play for the visitors because of a red card suspension. Tome will be available for the next encounter.

Belgium, Proximus League, OH Leuven – Lomel 3:1
Jovan Kostovski was once again not summoned by his club.

Bosnia-Herzegovina, BH Telecom Premijer Liga, Sarajevo – Čelik 3:1
Krste Velkoski played the full game for the hosts and collected an assist as Sarajevo continued their domination in the Bosnian Premijer Liga.

Bosnia-Herzegovina, BH Telecom Premijer Liga, Sloboda – Mladost 2:1
Djelil Asani played the full 90 minutes for Mladost and collected an assist after a well executed free-kick that lead to an equaliser. However, the goal was not enough for a draw as in the last minutes of the game, the hosts managed to score one more goal and record a 2:1 win.

Bulgaria, Parva Liga, Botev Vratsa – Septemvri 4:1
Darko Glishikj played the second consecutive game for Septemvri but he had a rather bad day as he ended up scoring in his own goal to give the hosts a 2:0 lead. His team ended up conceding 2 more goals in the second halftime and lost 4:1.

Bulgaria, Parva Liga, Slavia – CSKA 1:0
Stefan Ashkovski started the game on the right-wing position and played the first halftime for the hosts who collected an impressive win against the big favourites CSKA. His team-mate Luka Nakov was not summoned for this game.

Croatia, Hrvatski Telekom Prva Liga, Dinamo – Gorica 1:0
Arijan Ademi not summoned in this weekend’s encounter against Gorica as coach Bjelica decided to rotate the squad and rest the majority of the players that played in the Europa League match against Fenerbahçe.

Croatia, Hrvatski Telekom Prva Liga, Rudeš – Hajduk 1:4
Mirko Ivanovski played 75 minutes for Hajduk and he assisted the second goal for his club. At the time of his substitution, Hajduk already had a 0:4 lead.

Croatia, Hrvatski Telekom Prva Liga, Osijek – Rijeka 1:2
In a match that involves three Macedonian players, neither of them made the squad for their respective clubs. Leonard Zhuta did not get summoned for Rijeka, whereas his team-mate Darko Velkovski and Osijek’s Muzafer Ejupi are both out of action due to injuries.

Cyprus, Protáthlima Cyta, AEL – Omonia 2:1
Davor Zdravkovski played the whole match for the home side and provided an excellent assist from the center of the pitch for the game winning goal. The good news here is also the fact his teammate Kire Markoski entered the game in the 71st minute.

Cyprus, Protáthlima Cyta, Enosis Neon Paralimni – AEK 2:1
Ivan Trichkovski played the while match while Daniel Mojsov continues to be sidelined because of the injury. Their team recorded a defeat by the relegation struggling hosts.

England, Championship, Sheffiled United – Leeds United 0:1
Ezgjan Alioski played the first half for his side in what was a very important win for them against promotion rivals.

Hungary, OTP Bank Liga, Mezőkövesd – Újpest 0:0
Kire Ristevski played the whole match for the hosts in defense and was shown a yellow card.

Hungary, OTP Bank Liga, Vidi – Honvéd 2:0
Boban Nikolov played the whole match for the winning side. An official video highlights are still to be published so we can watch his performance.

Israel, Ligat Ha’Al, Maccabi Haifa – Hapoel Haifa 1:3
Risto Mitrevski played the whole match for the winning side in the Haifa derby. This game is big in Israel, especially in Haifa and the stakes are always high, so winning the game was a big thing for Hapoel.

Italy, Serie A, Torino – Genoa 2:1
Goran Pandev replaced Sandro in the 74th minute, but was unable to help his team avoid the defeat away to Torino.

Italy, Serie B, Palermo – Benevento 0:0
Both Aleksandar Trajkovski and Ilija Nestorovski played the whole match for Palermo and their team played a scoreless draw with Benevento.

Portugal, Liga NOS, Rio Ave – Sporting 1:3
Stefan Ristovski returned to training but won’t be in tonight’s squad as he is still not ready. 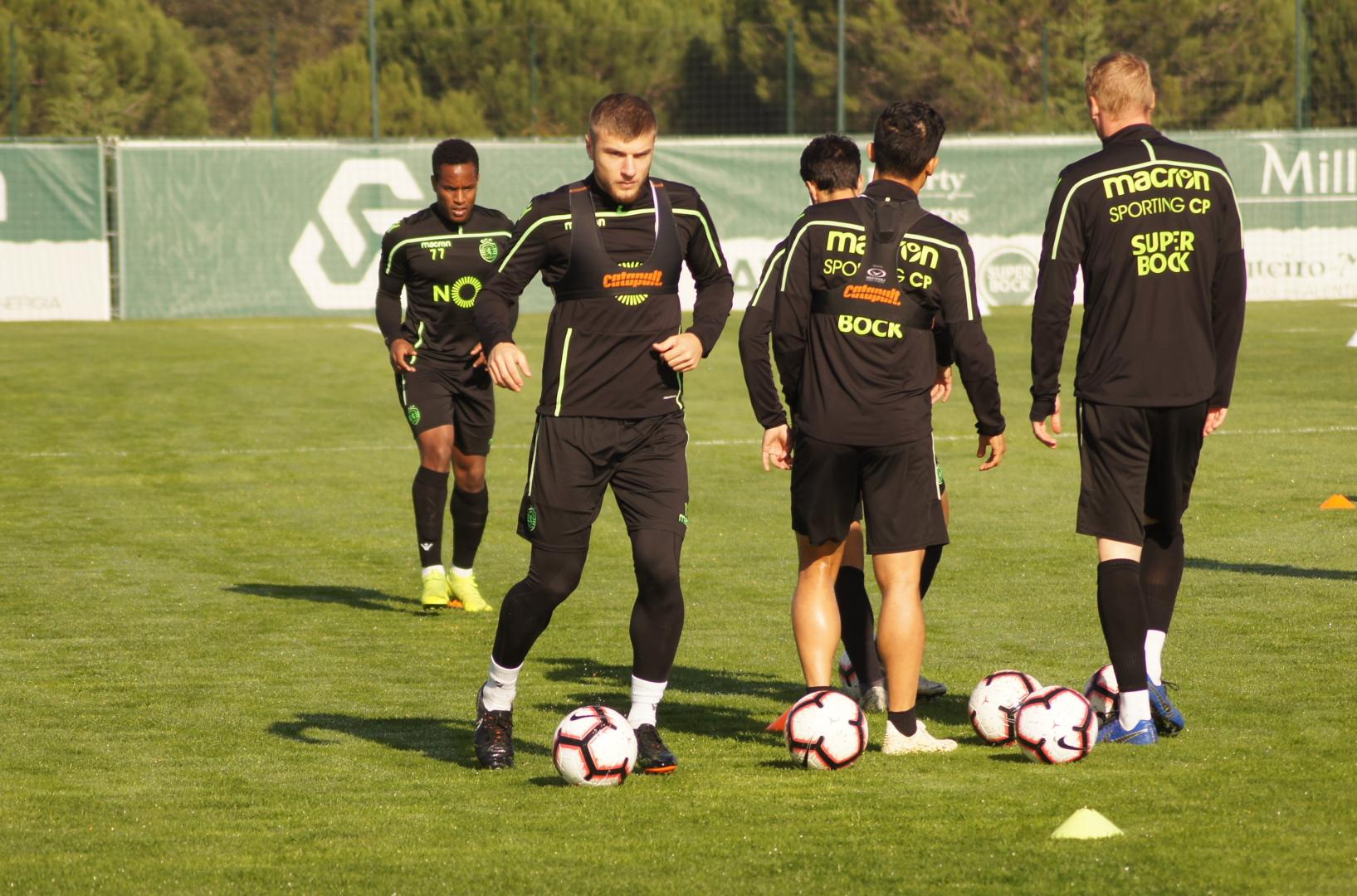 Romania, Liga I Betano, U Craiova – Dunărea 1:0
Filip Gligorov played the whole match for the defeated team and earned a yellow card in the 86th minute.

Romania, Liga I Betano, Poli Iasi – Sepsi 1:1
Marko Simonovski was in the starting lineup for Sepsi and played until the 57th minute.

Saudi Arabia, Dawri Al-Muhtarifin Al-Saudia, Al-Batin – Al-Ra’ed 1:3
Ferhan Hasani finally scored in Saudi Arabia and not one, but two goals in the 1:3 victory for Al-Ra’ed away to Al-Batin. He scored his first goal from a free kick in the 9th minute and in the 25th he stole a ball and doubled the lead for his team.

Serbia, SuperLiga, Zemun – Radnik 0:0
Both Dushan Savic and Milosh Tosheski were in the starting lineup for Zemun, same as Zoran Danoski for Radnik, but the all were replaced during the scoreless match. Danoski played 59 minutes, Savic was replaced in the 69th and Tosheski in the 84th minute.

Slovakia, Fortuna Liga, Žilina – Dunajská Streda 2:2
Enis Fazlagikj opened the game in midfield for Žilina and played until 74th minute when Lukáš Jánošik took his place. Fazlagikj was also booked at the 47th minute of the game.

Slovenia, PrvaLiga Telekom Slovenije, Krško – Gorica 1:0
Milan Ristovski played till 77th minute for Krško when he was substituted by Ester Sokler while his teammate Medin Bajrami wasn’t summoned for this game.

Spain, Primera División, Rayo Vallecano – Eibar 1:0
Stole Dimitrievski was Rayo’s starting goalkeeper and he kept a clean sheet at this game. Important three points for Rayo in the battle for avoiding relegation.

Turkey, Süper Lig, Konyaspor – Alanyaspor 2:0
Adis Jahovic played entire match for the home team. He scored the opening goal of the match in the 52nd minute from a penalty kick. Jahovikj received a yellow card in the 58th minute of the match.

Turkey, Süper Lig, Fenerbahçe – Kasimpaşa 2:2
Elif Elmas played almost the entire match for Fener. In the 70th minute he had a good scoring opportunity but his header barely went off target. Nine minutes later he got booked, while in the 1st minute of the injury time he was substituted by Mexican defender Diego Reyes.

Ukraine, Prem’yer-liha, Arsenal – Karpaty 1:1
Stefan Jevtoski started for Arsenal and played till 69th minute when Olexandr Nasonov replaced him. Jevtoski was also shown a yellow card in the 62nd minute.