Agim Ibraimi helped his side win by scoring a brace, Filip Antovski provided 2 assists for Slavia Sofia, while Nikola Gjorgjev assisted on one goal for Grasshoppers.

Albania, Kategoria Superiore, Bylis – Teuta 0:0
Goalkeeper Borjan Panchevski didn’t make Bylis’ matchday squad, while Blagoja Todorovski as usual started at RB for Teuta and helped his team to keep a clean sheet. His teammate Bobi Celeski spent all minutes on the bench as the reserve goalie.

Albania, Kategoria Superiore, Partizani – Skënderbeu 4:0
Egzon Belica made the start for Partizani and played the entire game, while his teammate Besnik Ferati wasn’t called up.

Albania, Kategoria Superiore, Vllaznia – Kukësi 2:4
Mevlan Adili and Demir Imeri started for Vllaznia. Mevlan played the entire game, whereas Demir lasted 85 minutes on the pitch. Their teammate Aleksandar Isaevski was out of the squad for this round due to a red card suspension that he picked up in the last encounter. On the other side Agim Ibraimi began on the right wing and played 63 minutes. Agim made a brace in this game with goals in the 14th and 22nd minute, the last being a converted penalty.

Armenia, Bardzraguyn Khumb, Lori – Ararat-Armenia 0:1
Aleksandar Damchevski wasn’t called up by the visitors for this match.

Bosnia Herzegovina, BH Telecom Premijer Liga, Velež – Sarajevo 0:0
Konstantin Cheshmedjiev was an unused substitute for the hosts, while Krste Velkoski came off Sarajevo’s bench in the 68th minute. Eventually, the game ended in a goalless draw.

Bulgaria, Parva Liga, Cherno More – Slavia 3:2
Vlatko Drobarov didn’t make the hosts matchday squad for this game, whereas Filip Antovski, usually a left-back, started for Slavia on the right wing and played the entire game. Filip first assisted for the opener in the 10th minute with a nice cross to a teammate who then finished from inside the box. Then, he also provided the assist to the second goal, serving a great ball for Krastev from a free-kick who then headed it home. Meanwhile, Antovski’s teammate Darko Tasevski was an unused substitute.

Croatia, Hrvatski Telekom Prva Liga, Šibenik – Slaven Belupo 0:3
Todor Todoroski opened on the hosts bench and was introduced at the beginning of the second half. At that point his club was already down 0:2 and Slaven would add one more goal in the 81st minute to make it 0:3.

Cyprus, Protáthlima Cyta, Apollon – AEL 1:2
Davor Zdravkovski played the whole match for the winning side and was booked in the first half.

Cyprus, Protáthlima Cyta, Paphos – Doxa 2:0
Damjan Shishkovski was not in the squad list for this match, while his teammate Dushko Trajchevski played the whole match for the visiting side.

Cyprus, Protáthlima Cyta, Anorthosis – Enosis 4:2
Filip Gachevski was on the bench for Enosis.

Cyprus, Protáthlima Cyta, Ethnikos – AEK 0:3
Martin Bogatinov was the starting goalie for Ethnikos, while his teammate Jovan Kostovski played from the 58th minute. For the visitors Ivan Trichkovski didn’t make the squad, whereas Daniel Mojsov and Stefan Spirovski were starters. Eventually, Danile played 83 minutes and Stefan lasted all minutes on the pitch. 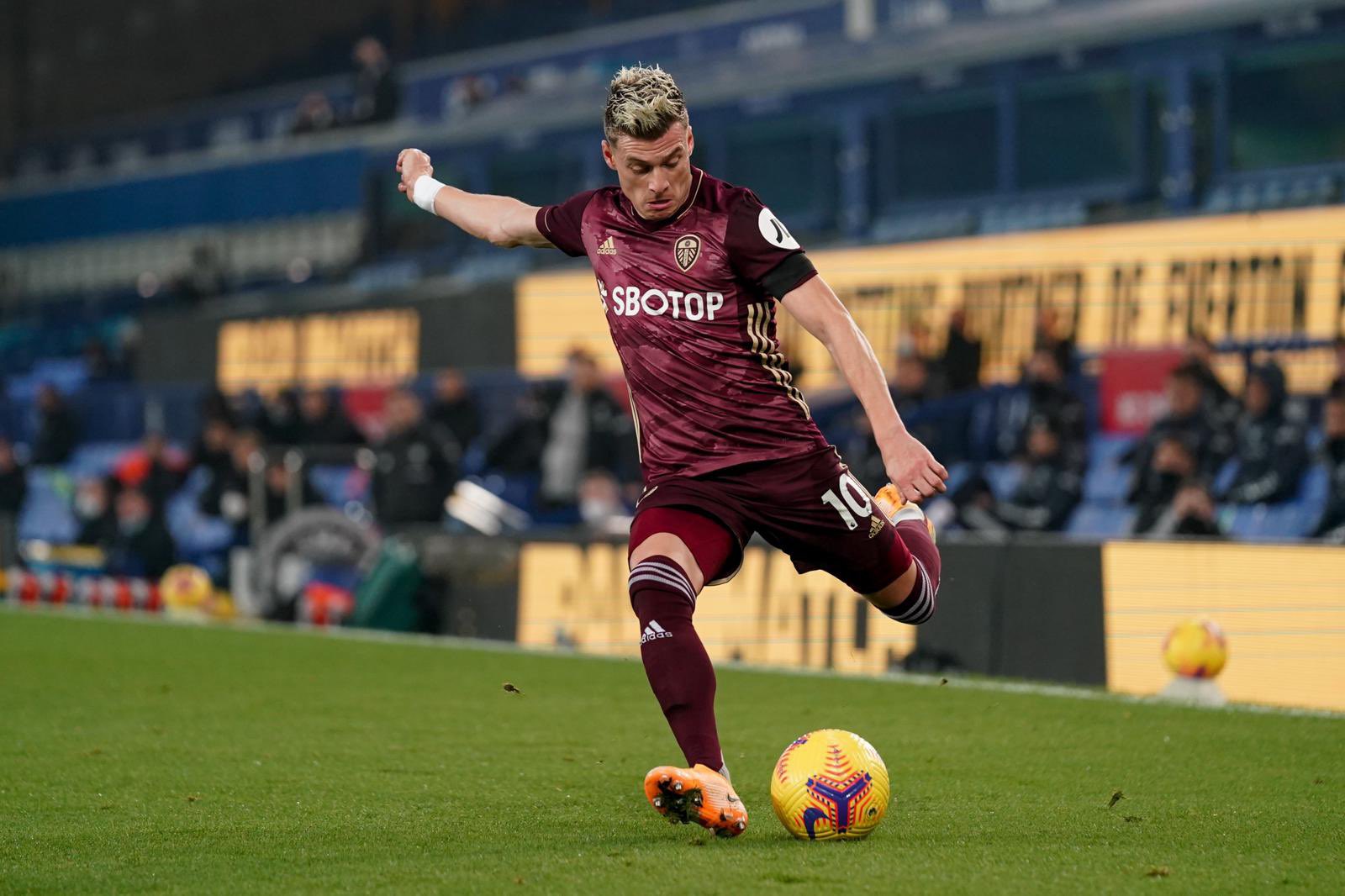 France, Ligue 2, Ajaccio – Chambly 0:0
Vlatko Stojanovski was not in the squad list for Chambly. Some local media sources reported he tested positive for COVID-19, although on the team’s official website it was only reported he won’t be fit for play.

Germany, 1.Bundesliga, Stuttgart – Bayern 1:3
Darko Churlinov was not called up for Stuttgart for this match.

Greece, Soúper Ligk, Aris – Olympiakos 1:2
Ali Adem was not among the called up players for the clash against the mighty Olympiakos.

Hungary, OTP Bank Liga, Ferencváros – MTK 2:0
Bojan Miovski played the whole match for MTK. He earned a yellow card in the second half and his team was defeated away to leaders Ferencváros.

Italy, Serie A, Genoa – Parma 1:2
Goran Pandev started from the bench and came in when the visitors were already leading 1:2. He took the place of scorer Eldor Shomurodov in the 69th minute.

Italy, Serie A, Napoli – Roma 4:0
Elif Elmas came off the bench in the 78th minute. Three minutes later, Elif had a long-range shot saved, but Dries Mertens scored on the rebound to make it 3:0 at the time.

Italy, Serie A, Lazio – Udinese 1:3
Ilija Nestorovski was out of Udinese’s squad because of COVID-19.

Italy, Serie B, Chievo – Lecce 1:2
Leonard Zhuta replaced Calderoni in the 54th minute and helped his team win away to Chievo and climb up to the second position in the Italian second league.

Norway, Eliteserien, Vålerenga – Sarpsborg 08 1:1
David Mitov Nilsson was Sarpsborg’s goalkeeper on this match, had few good saves, but conceded a goal in the 96th minute and his team failed to win away to Vålerenga.

Romania, Liga I Betano, Botoșani – Craiova 0:0
Both Stefan Ashkovski and David Babunski were on the bench for reserve players on the beginning of the match. Ashkovski entered the match in the 24th minute, while Babunski played from the 81st minute.

Russia, Fonbet-FNL, Krasnodar 2 – Akron Togliatti 1:2
Sefer Emini played for the away team from the 77th minute.

Serbia, Linglong Tire SuperLiga, Spartak – Radnik 0:0
Zoran Danoski played the last half hour for Radnik, while his teammate Nikola Bogdanovski made the start and lasted 88 minutes on the pitch.

Slovakia, Fortuna Liga, Trenčín – Sereď 1:0
Filip Duranski played the first half for Sered as his team lost away to Trenčín.

Slovakia, Fortuna Liga, Žilina – Pohronie 2:1
Enis Fazlagikj was all minutes in the hosts defensive midfield and was also booked with a yellow card in the 60th minute.

Spain, Segunda División, Rayo Vallecano – Cartagena 0:0
Stole Dimitrievski as usual was on Rayo’s goal and kept a clean sheet in the draw against Cartagena.

Switzerland, Challenge League, Wil – Grasshoppers 1:1
Nikola Gjorgjev played all minutes for the visitors and provided the assist for the equalizer in the 83rd minute when a teammate scored after Nikola’s cross was just deflected by the goalkeeper. Grasshoppers actually tops the Swiss second tier even though having one game less than runners up Thun.

Turkey, Süper Lig, Kayserispor – Karagümrük 0:0
Daniel Avramovski wasn’t summoned by the home side as he is not registered for league game.