Nikola Gjorgjev netted a goal in the Swiss second tier, while Stole Dimitrievski was back on goal for Rayo, but just because of an injury from the other goalie. Stojanovski, Elmas and Nestorovski missed scoring chances for debut goal for their new teams.

photo by vaterland.li: Nikola Gjorgjev goes up for a header

Albania, Kategoria Superiore, Teuta – Kukësi 1:0
Blagoja Todorovski as usual started at right-back for Teuta and played until the 88th minute when he received a red card. His teammate Bobi Celeski spent the whole game on the bench as he served as the reserve goalkeeper. For the visitors Tome Kitanovski and Edis Malikji were starters. The former was fielded at left-back, whereas Edis played on the other side of the defense. Edis played until the 72 minute when he was booked with a red card, while Tome played all minutes.

Albania, Kategoria Superiore, Vllaznia – Skënderbeu 4:0
Filip Gligorov was a starter for Vllaznia and played until the 76th minute when he was replaced by Aleksandar Ristevski, while Artim Polozhani was all minutes on defense for the visitors.

Bosnia-Herzegovina, BH Telecom Premijer Liga, Zrinjski – Široki Brijeg 1:3
Viktor Angelov opened on the visitors bench and played the last half hour in the unexpected win on the road at Zrinjski.

Bosnia Herzegovina, BH Telecom Premijer Liga, Borac – Velež 3:1
Kosta Manev and Yani Urdinov were all minutes on defense for the visitors as their team lost at Borec. Yani also picked up a yellow card in the 2nd minute. 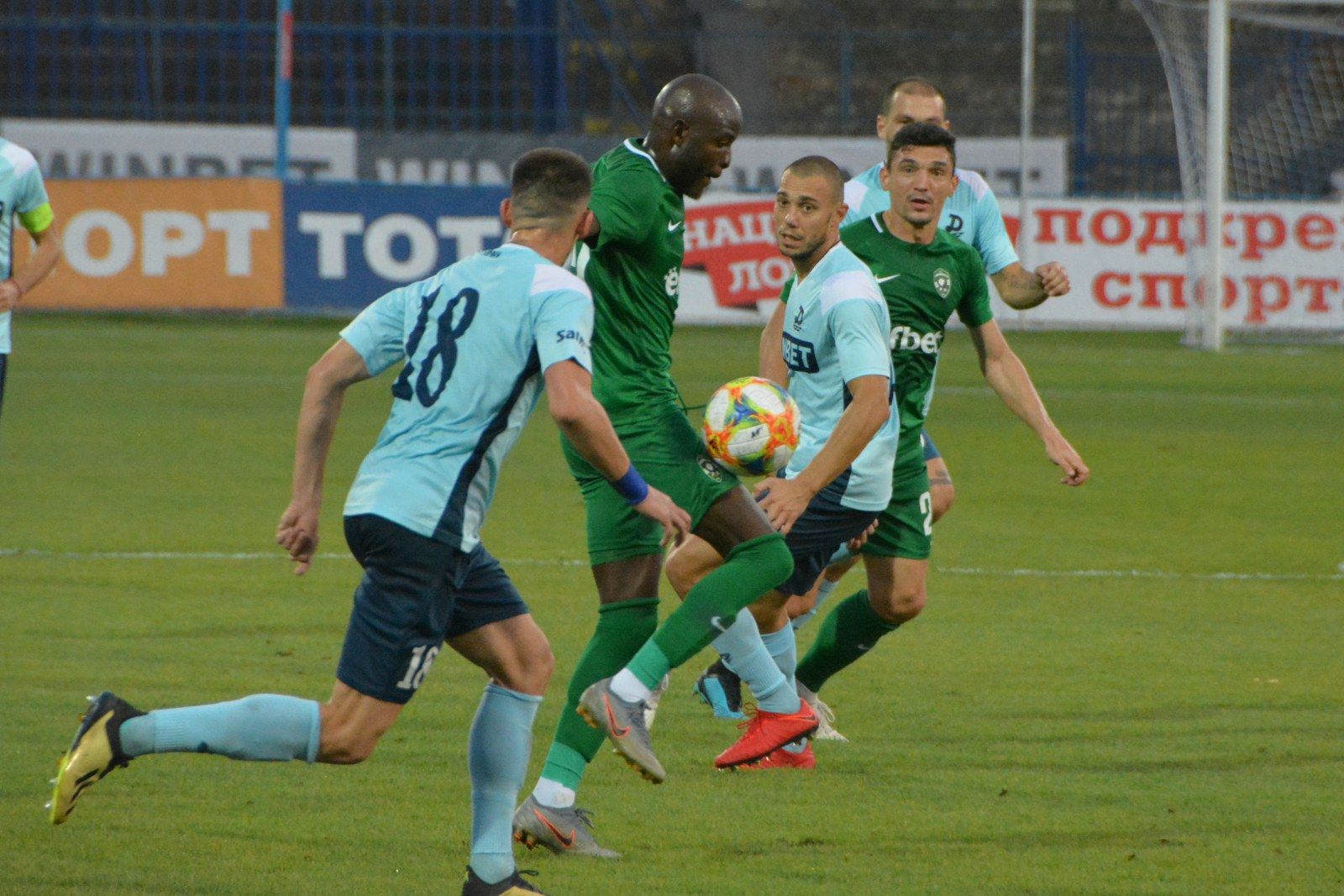 Croatia, Hrvatski Telekom Prva Liga, Varaždin – Rijeka 0:2
Darko Velkovski wasn’t called up by Rijeka as he is still recovering from his injury.

Cyprus, Protáthlima Cyta, AEK – Apollon 0:0
Daniel Mojsov was not part of the matchday squad while his teammate Ivan Trichkovski played the whole match for the hosts.

Cyprus, Super Cup, APOEL – AEL 1:0
Davor Zdravkovski remained on the bench for the Super Cup match while Kire Markoski was introduced in the 77th minute.

England, Championship, Charlton – Leeds United 1:0
Ezgjan Alioski played the first half in his side’s away defeat.

Finland, Veikkausliiga, SJK – KPV 0:2
Filip Ivanovski was not part of the squad for KPV.

France, Ligue 1, Nîmes – St. Etienne 0:1
Vlatko Stojanovski was brought on in the 85th minute and even though he only played a short time, he had 2 opportunities, but the opposing keeper had a great day saving a total of 8 shots which were on target.

Hungary, OTP Bank Liga, Fehérvár – Újpest 0:2
Both Visar Muslui and Boban Nikolov for the hosts and Kire Ristevski in the away side played the whole match. Ristevski was booked during the game, but his team managed to win against Fehérvár which was their first defeat after 6 straight wins.

Hungary, OTP Bank Liga, Kaposvar – Diósgyör 2:0
Mirko Ivanovski played the whole match as lone striker for the visiting side and was shown a yellow card in the 74th minute.

Israel, Ligat Ha’Al, Hapoel Tel-Aviv – Bnei Yehuda 1:1
Stefan Spirovski was in the starting lineup for Hapoel Tel-Aviv and played until the 83rd minute when Raz Cohen took his place.

Italy, Serie A, Lazio – Genoa 4:0
Goran Pandev replaced Danish international Lukas Lerager in the 46th minute and played the second half against his former club Lazio, but wasn’t able to help Genoa avoid the defeat.

Italy, Serie A, Napoli – Brescia 2:1
Elif Elmas replaced Spanish international Fernando Llorente in the 73rd minute and helped Napoli keep the lead and celebrate a win over Brescia. He had a nice chance to score deep into the injury time when he dribbled past two visiting defenders only to miss the target.

Italy, Serie A, Udinese – Bologna 1:0
Ilija Nestorovski played the whole match for Udinese and finally won the three points after four rounds without a win. Nestorovski earned a yellow card in the 85th minute. At the begining he had a scoring chance but his header wouldn’t go well and was easily saved.

Portugal, Liga NOS, Aves – Sporting tonight at 21.00 CET
Stefan Ristovski got back in training on Sunday, but is still not ready to play so wasn’t summoned for this match.

Romania, Liga I Betano, Hermannstadt – Botoșani 0:1
Stefan Ashkovski played till 61st minute for Botoșani when he was substituted by Reagy Ofosu.

Serbia, Linglong Tire SuperLiga, Javor – Radnik 0:0
Aleksa Amanovikj played the entire match for the hosts. For the visitors Zoran Danoski started and played until the 89th minute when Vladan Pavlović took his place while his teammate Boban Georgiev came in in the 57th minute instead of Bojan Bojić. All three collected one yellow card each.

Slovakia, Fortuna Liga, DAC – Žilina 1:0
Enis Fazlagikj continues to be out of Žilina’s due to injury.

Slovenia, Prva Liga, Tabor – Bravo 3:1
Besart Abdurahimi played until the 57th minute for Bravo when he was substituted by Milan Đajič.

Spain, Segunda División, Fuenlabrada – Rayo Vallecano 2:2
Stole Dimitrievski was Rayo’s starting goalkeeper for the first time this season as their first choice keeper was injured. He conceded two goals in the road draw.

Switzerland, Challenge League, Grasshoppers – Chiasso 3:2
Nikola Gjorgjev broke the deadlock early in the 6th minute and played untill the 74th minute when Kevin Monzialo took his place. His team had already secured the win at that point.