photo by Balla: Trajchevski and teammates celebrate the goal

Albania, Kategoria Superiore, Tirana – Kukësi 0:2
Ardian Cuculi was a starter for the visitors and helped his team to keep a clean sheet in the road win at Tirana. His teammate Edis Malikji wasn’t called up for this encounter.

Azerbaijan, Topaz Premyer Liqası, Sumqayıt – Səbail 1:2
Tome Kitanovski started for the visitors but left the pitch in the 58th minute when he received his second yellow card in the game. Nevertheless his team scored the game winner 16 minutes later.

Belgium, Jupiler Pro League UEL Group, Charleroi – Beerschot Wilrijk 4:0
Gjoko Zajkov played the whole game for the winning side and picked up a yellow card in the 69th minute. He did not face Emil Abaz who was not in the visiting squad. 3 consecutive starts for Zajkov, 3 clean sheets!

Bosnia-Herzegovina, BH Telecom Premijer Liga, Mladost – GOŠK 3:1
Djelil Asani opened at left-back for Mladost and played until the 83rd minute. In the 52nd minute he was also booked with a yellow card.

Bulgaria, Parva Liga, Septemvri – Slavia 3:2
Darko Glishikj played all minutes at left-back for Septemvri, while Darko Tasevski opened in attacking midfield for Slavia played 88 minutes. In the 45th minute he also received a yellow card. Meanwhile, his teammate Stefan Ashkovski began on the bench and was introduced directly after the half-time break.

Croatia, Hrvatski Telekom Prva Liga, Hajduk – Rijeka 4:0
Mirko Ivanovski didn’t make Hajduk’s matchday squad, while on the other side Darko Velkovski wasn’t called up by Rijeka because of injury. Darko’s teammate Milan Ristovski made the bench but didn’t play.

Cyprus, Protáthlima Cyta Relegation group, Ermis – Alki 1:2
Dushko Trajchevski made the start for Alki and played all minutes. It was Dushko who netted the decisive goal when he scored in the 86th minute with a nice header after a corner-kick. Moments later he was booked with a yellow card because he took of his jersey.

Cyprus, Protáthlima Cyta Championship group, Apollon – AEL 1:1
Davor Zdravkovski opened on AEL’s bench and played the second half as he was introduced directly after the break. Unfortunately his team conceded afterwards one goal and thus had to share the points.

England, Championship, Leeds United – Wigan Athletic 1:2
On Friday Ezgjan Alioski played all minutes at left-back as his team Leeds suffered an unexpected loss against Wigan. Leeds opened the score in the 17th minute, but the visitors responded with two goals to grab three points on the road.

England, Championship, Brentford – Leeds United 2:0
On Monday Ezgjan Alioski and Leeds had another match. Unfortunately, Alioski got injured after just 12 minutes and got substituted with Stuart Dallas. The injury occurred in the 9th minute when Ezgjan awkwardly fell while trying to block a pass. His team went on to lose the match and now with only two round left is 3 points behind the promotion zone. 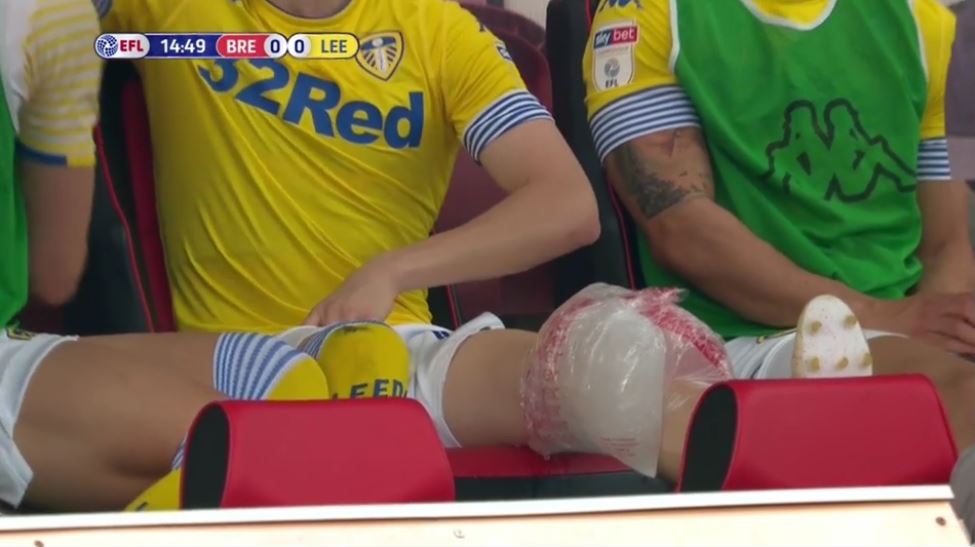 Finland, Veikkausliiga, VPS – KPV 2:2
Filip Ivanovski was not part of the submitted squad for this matchday.

Finland, Veikkausliiga, Mariehamn – RoPS 2:0
Damjan Shishkovski was between the posts for the visiting side. In the 66th minute Australian midfielder Dylan Murnane humiliated Shishkovski when he managed to score a direct corner kick goal.

Greece, Souroti Soúper Lígka, AEK – Larissa 0:1
Nikola Jakimovski played 75 minutes for Larissa and actually provided the assist to the game-winning goal. At the same time, Davor Taleski made the bench for the winning side.

Hungary, OTP Bank Liga, Ferencváros – Vidi 4:1
Stefan Spirovski is still out with an injury as his team made a huge step towards winning the title after they defeated Boban Nikolov‘s team. Nikolov played 63 minutes before he was taken off.

Italy, Serie A, Genoa – Torino 0:1
Goran Pandev was not included in the matchday squad for Genoa as he had to serve a yellow card suspencion.

Italy, Serie B, Palermo – Padova 1:1
Both Aleksandar Trajkovski and captain Ilija Nestorovski played the entire match. Trahkovski briefly gave Palermo the 1:0 lead over Padova. His 14 minute shot hit the backside of an opponent before striking the inside of the left post and going in. Padova then equalized a minute later.

Japan J2 League, Machida Zelvia – Ōmiya Ardīja 0:1
Brothers Dorian Babunski and David Babunski started at the bench but still faced each other on the field as they were introduced at the same time. In the 83rd minute together entered the field and shared a hug on the sideline. the lone goal that brought the win to David’s team was already scored. 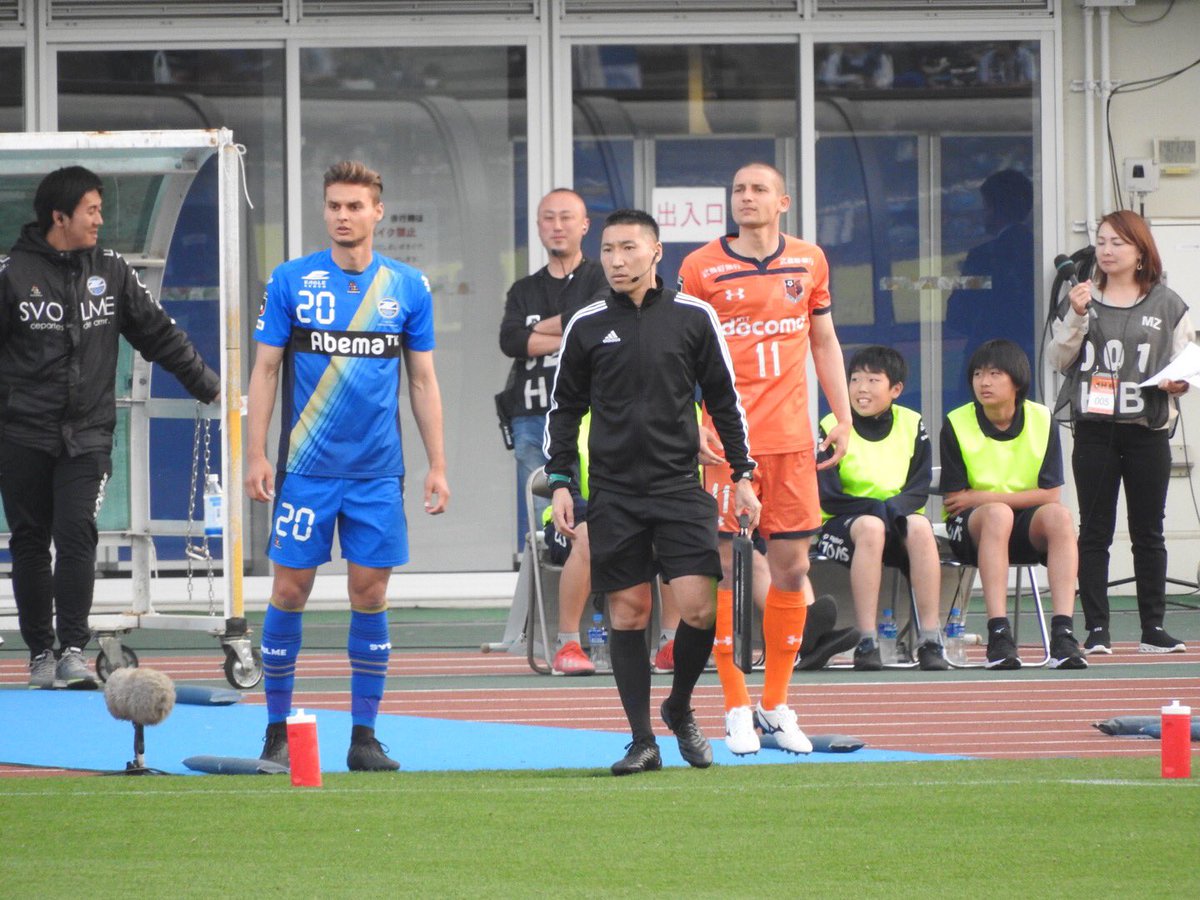 Netherlands, Eredivisie, Excelsior – Willem II 1:1
Denis Mahmudov started the game on the bench and was brought on in the 63rd minute.

Portugal, Liga NOS, Nacional – Sporting 0:1
Stefan Ristovski was in the starting lineup for Sporting and his team won the seventh consecutive league game in Portugal. 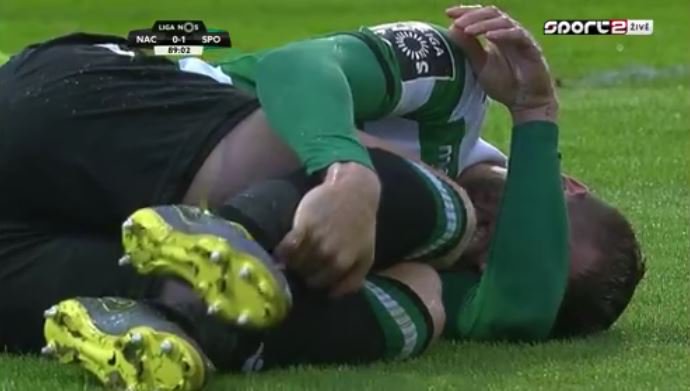 Stefan lies on the field after a nasty foul

Romania, Liga I Betano – Relegation Group, Gaz Metan – Dunărea 0:0
Both Mite Cikarski and Filip Gligorov watched this match from the benches for substitute players of their teams.

Serbia, SuperLiga play-off, Radnički – Partizan 3:1
Aleksandar Todorovski played the whole match for the home team and assisted Lazar Ranđelović for scoring the last goal on the match. His team beat giants Partizan with a come from behind win.

Slovakia, Fortuna Liga play-off, Slovan – Ružomberok 3:2
Tihomir Kostadinov entered the field for Ružomberok in the 69th minute replacing Matúš Kmeť while his teammate Yani Urdinov is out with an injury.

Slovakia, Fortuna Liga play-out, Nitra – ViON 2:2
Tomche Grozdanovski started in midfield for ViON and played till 82nd minute when he was substituted by Karol Karlík. It was his fourth consecutive start. 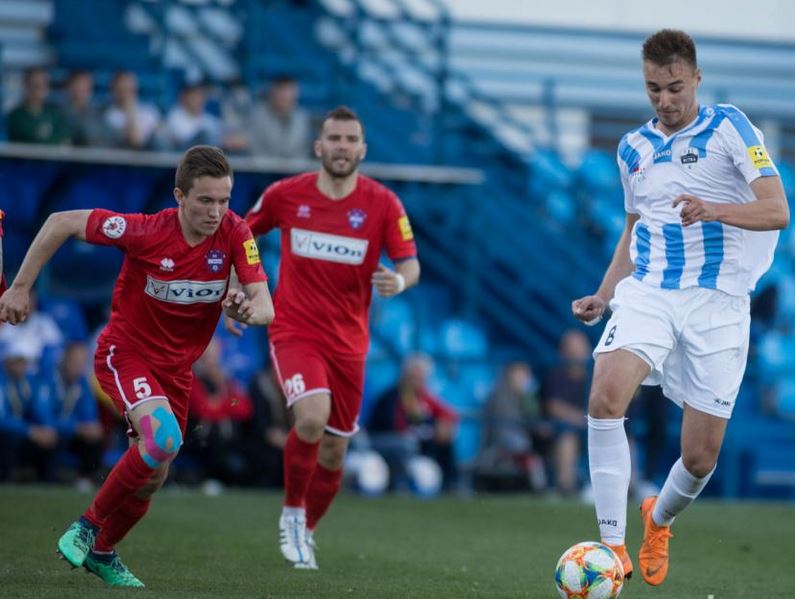 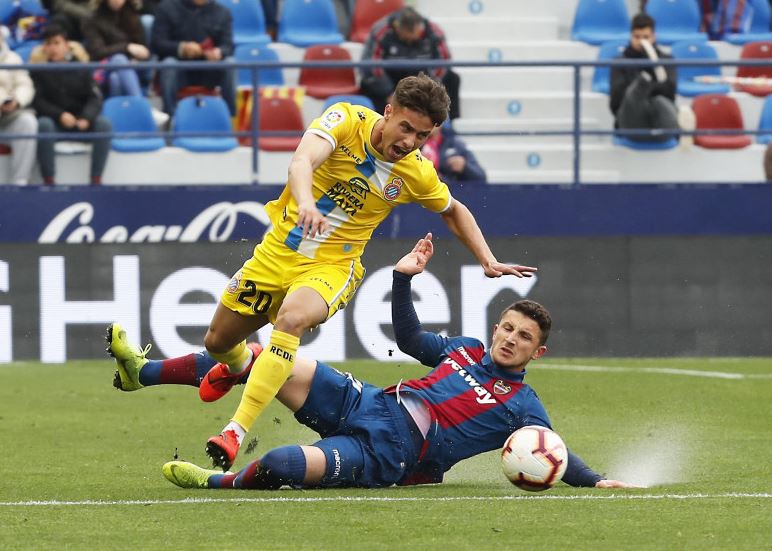