Quiet weekend for our internationals as David Babunski was the only one to score a goal, while Dejan Iliev saved a penalty.

Albania, Kategoria Superiore, Teuta – Flamurtari 1:0
Right back Blagoja Todorovski played the full game for the hosts whereas his teammate Bobi Celeski was as usual the backup goalkeeper for this encounter.

Albania, Kategoria Superiore, Vllaznia – Partizani 1:3
Egzon Belica played the full 90 minutes for the winning side, whereas his teammate Besnik Ferati did not make the bench. For the hosts, coach Mirsad Jonuz started with Filip Gligorov and substituted him in the 56th minute, whereas Aleksandar Ristevski remained on the bench as an unused substitute.

Belgium, Jupiler Pro League, Cercle Brugge – Charleroi 0:3
Gjoko Zajkov was a healthy scratch by Charleroi as he did not make the bench for this match. This is a disappointing sign for Zajkov as he has not been getting much playing time for his club.

Bosnia-Herzegovina, BH Telecom Premijer Liga, Sarajevo – Čelik 2:0
Krste Velkoski missed out this game for Sarajevo due to the injury he picked up during the preparations with the national team.

Bosnia-Herzegovina, BH Telecom Premijer Liga, Široki Brijeg – Sloboda 2:0
Viktor Angelov did not get involved in this encounter for Široki Brijeg.

Bulgaria, Parva Liga, Levski – Arda 2:1
Darko Glishikj did not make the matchday squad for Arda for the encounter against Levski.

Bulgaria, Parva Liga, Dunav Ruse – Etar 0:2
Aleksandar Isaevski lasted 67 minutes on the pitch by the hosts. The result at the time he left the game was 0:0, but Etar scored two goals in the next 15 minutes after his substitution.

Croatia, Hrvatski Telekom Prva Liga, Gorica – Dinamo 2:4
Arijan Ademi was sidelined by Dinamo due to the injury he picked up in the national team game against Slovenia.

Croatia, Hrvatski Telekom Prva Liga, Slaven Belupo – Rijeka 1:2
Muzafer Ejupi returned to Slaven Belupo’s squad and he entered the game in the additional time to play the last moments of the match, while Darko Velkovski remains to be sidelined by Rijeka as he is still recovering from his injury.

Cyprus, Protáthlima Cyta, AEL – AEK 1:1
Davor Zdravkovski played the whole match for AEL whereas his teammate Kire Markoski joined him on the field in the 68th minute when he replaced the Spanish international Jurado. For the visitors, neither Daniel Mojsov nor injured Ivan Trichkovski made the squad for this encounter. 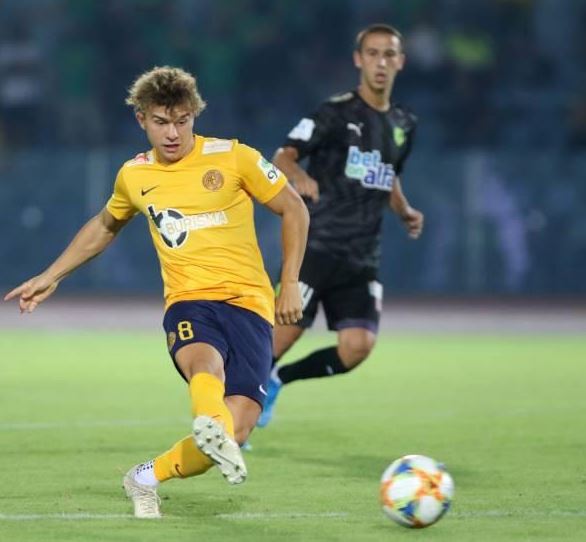 England, Championship, Leeds United – Birmingham City 1:0
Ezgjan Alioski played the whole match for Leeds and was one of the best players for the winning team. He was praised by his manager as well as fans on Twitter, although some said he should have used at least one chance to score.

Finland, Veikkausliiga, Ilves – HJK 2:1
Ferhan Hasani signed for HJK, but it was too early for his debut.

Finland, Veikkausliiga, KPV – VPS 2:3
Filip Ivanovski was not part of the matchday squad for the hosts.

Hungary, OTP Bank Liga, Mezőkövesd – Fehérvár 0:0
Both Visar Musliu and Boban Nikolov played the whole match for the visiting side.

Spirovski’s shot that hit the crossbar:

Italy, Serie A, Parma – Genoa 5:1
Goran Pandev got to start for Genoa and serve as a team captain for this game, but things did not go well as Parma demolished them by 5:1. Pandev got substituted at the start at the second half time, at which point Parma had a 3:0 lead. It’s interesting to mention that the final goal for Parma was scored by Dejan Kulushevski who is Macedonian born abroad and currently represents Sweden on international level. He also assisted two more of the other goals for Parma. 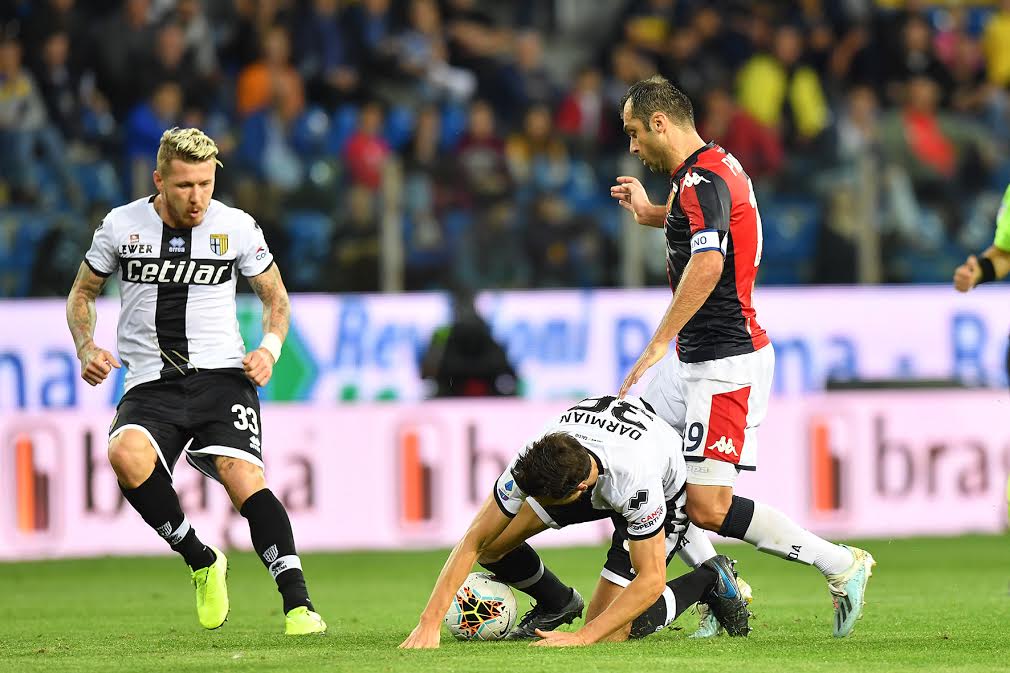 Italy, Serie A, Udinese – Torino 1:0
Ilija Nestorovski started on the bench and came on in the 85th minute to play the final few minutes of the match against Torino. 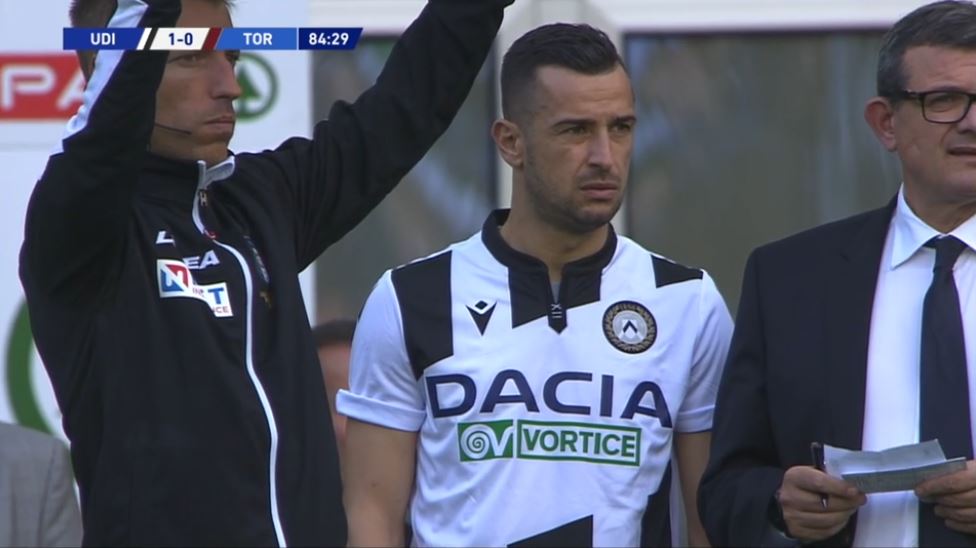 Nestorovski waits to enter the field

Italy, Serie B, Entella – Trapani 1:1
Nikola Jakimovski played another full game for Trapani as a left back and he also got booked during the first halftime.

Japan, J2 League, Ōmiya Arudīja – Tokushima Vortis 2:3
David Babunski got a rare start for Ōmiya Arudīja and he used his chance as he immediately responded with a goal in the 22nd minute. He got substituted in the 61st minute, and Tokushima went on to win the match. Ōmiya Arudīja is trying to win promotion to the first division for the next season, and this loss costed them valuable points but they are still in the race for the second position that would bring them to J1 League.

Romania, Liga I Betano, Politehnica – Botoșani 0:3
Stefan Ashkovski entered the game from the bench in the 73rd minute.

Serbia, Linglong Tire SuperLiga, Crvena zvezda – Rad 3:1
Ostoja Sjepanovikj started the game for Rad and lasted 78 minutes on the pitch. He got taken off right after the last goal of the game.

Serbia, Linglong Tire SuperLiga, Proleter – Radnik 2:1
Zoran Danoski made the start for the visitors and played until the 72nd minute. Only 9 minutes before he was taken off, his teammate Boban Georgiev also entered the game by replacing the goalscorer for Radnik.

Serbia, Linglong Tire SuperLiga, Voždovac – Mačva 2:0
Marko Gjorgjievski started the game on the hosts bench and entered the field in the 72st minute.

Slovakia, Fortuna Liga, Sereď – Spartak 2:1
Dejan Iliev was Sereď’s starting goalkeeper and he conceded one goal at this game. He also saved a penalty kick at the 26th minute of the game.

Spain, Primera División, Sevilla – Levante 1:0
Enis Bardhi came on the pitch for Levante in the 64th minute instead Portuguese international Hernani but he couldn’t help his team to avoid the defeat against Sevilla. Sweden, Allsvenskan, Eskilstuna – Sundsvall 1:0
David Mitov Nilsson spent whole game between Sundswall’s posts and he conceded one goal in his teams away defeat.

Turkey, Süper Lig, Konyaspor – Malatyaspor 0:2
Adis Jahovic played another full match for Malatyaspor as they defeater Erdon Daci‘s Konyaspor. Daci started the game on the bench and entered the field in the 69th minute, but he failed to help his team score a goal.

Ukraine, Prem’yer-liha, Olimpik – Vorskla 2:0
Demir Imeri played until 61st minute for Olimpik when he made way for Vitaliy Balashov.

Polish champions Piast Gliwice are interested in signing the once highly rated youth prospect David Babunski on a free transfer after his contract at Omiya Ardija in Japan has expired.

Could this be his comeback & root back into the national team?