Krste Velkoski scored a goal in his 15oth match for Sarajevo as his team won the league title in Bosnia and Herzegovina, while Tihomir Kostadinov assisted in Slovakia. None of the other internationals scored, assisted or did something worth mentioning.

photo by FK Sarajevo: Velkoski poses with the 150th match top before kick-off

Belgium, Jupiler Pro League UEL group, Charleroi – Eupen 2:0
After being a starter for some games Gjoko Zajkov this time opened on Charleroi’s bench and played from the 78th minute to strengthen his teams defense.

Bosnia-Herzegovina, BH Telecom Premijer Liga, Sarajevo – Zvijezda 4:0
Krste Velkoski captained Sarajevo and was fielded as a supporting striker. Krste played the whole match and netted his teams last goal in the 44th minute with a right-footed shot. With this win Sarajevo won the Bosnian league after winning the Bosnian Cup a couple of days ago. For Krste, this was his 150th appearance for Sarajevo.

Bulgaria, Parva Liga, Dunav Ruse – Septemvri 0:1
Both left-backs from Macedonia started this match. Aleksandar Isaevski played 82 minutes for the hosts and also picked up a yellow card in the 16th minute, while Darko Glisikj played the entire game for Septemvri.

Bulgaria, Parva Liga, Slavia – Etar 1:0
Darko Tasevski started on the home bench and entered in the 64th minute at the place of Slavcho Shokolarov. The game winning goal was already scored.

Croatia, Hrvatski Telekom Prva Liga, Inter – Dinamo 2:3
Arijan Ademi was Dinamo’s captain and played all minutes on the win away to Inter. 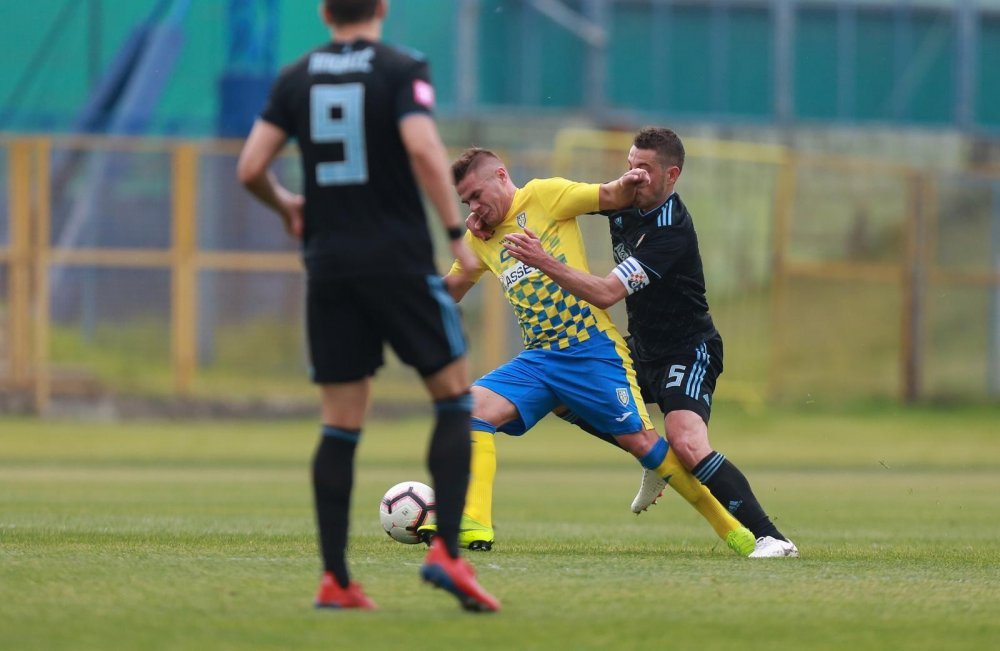 Croatia, Hrvatski Telekom Prva Liga, Gorica – Osijek 1:0
Muzafer Ejupi played the last quarter hour for Osijek to help his team to score a goal, but in vain as his team lost at Gorica without a scored goal.

Cyprus, Protáthlima Cyta play-off, AEK – Omonia 2:1
Daniel Mojsov was an unused substitute for AEK, while his teammate Ivan Trichkovski missed this game due to an injury.

Cyprus, Protáthlima Cyta play-off, APOEL – AEL 4:0
Davor Zdravkovski opened on AEL’s bench and played the second half as his team was demolished by APOEL.

Cyprus, Protáthlima Cyta play-out, Paralimni – Alki 3:2
Dushko Trajchevski played all minutes for Alki as his team suffered a dramatic loss away to Paralimni. Alki equalized the score in the 88th minute, but Paralimni answered with a game winner in the 11th minute of stoppage time.

Finland, Veikkausliiga, KPV – HIFK 1:1
Filip Ivanovski was not part of the matchday squad for the home team.

Hungary, OTP Bank Liga, Puskás Akadémia – Ferencváros 1:1
Stefan Spirovski did not play for his side as he is still injured. Ferencváros won the title in the Hungarian championship comfortably. This is Stefan’s first title abroad, after winning 3 consecutive with Vardar. Spirovski and his wife celebrating the Hungarian championship title

Hungary, OTP Bank Liga, Diósgyőr – Újpest 3:0
Kire Ristevski played the whole match for the away team. His club did not have a bad season, but just 2 points in the last 6 matches made them drop from third to fifth place on the table at the end of the season.

Hungary, OTP Bank Liga, Haladás – Vidi 1:1
Boban Nikolov was not part of the matchday squad. His club ended the season as runners-up, 13 points behind champions Ferencváros.

Italy, Serie A, Genoa – Cagliari 1:1
Goran Pandev played the whole match for the home team, but they complicated things a lot towards the end of the season and could be relegated. Pandev had an amazing opportunity in the 23rd minute to open the scoreline but the opposing keeper saved his shot from inside the box. It took a last-minute penalty for Genoa to save a point from this game. In the last round they are visiting Fiorentina who have nothing to play for, while their main relegation rivals Empoli host Inter. Genoa needs to win and hope for a slip-up by Empoli or if Empoli loses to Inter, a point would be enough for Genoa to stay in Serie A.

Pandev in a duel with Luca Pellegrini; photo: Genoa CFC

Netherlands, Eredivisie Relegation playoff, Waalwijk – Excelsior 2:1
Denis Mahmudov is unavailable for selection due to an injury.

Portugal, Liga NOS, Porto – Sporting 2:1
Stefan Ristovski missed this match because of the red card suspension after he was sent off in the previous round.

Romania, Liga I Betano, Voluntari – Dunărea 0:0
Filip Gligorov played the whole match for Dunărea in the scoreless draw away to Voluntari and helped his team to keep a clean sheet.

Romania, Liga I Betano, Botoșani – Gaz Metan 1:0
Mite Cikarski was an unused substitute for the visitors.

Romania, Liga I Betano, Poli Iași – Hermannstadt 1:1
Besart Abdurahimi entered the match in the 74th minute and helped his team equalize and win a point away to Poli Iași.

Romania, Liga I Betano, Astra – Sepsi today 3:2
Marko Simonovski is still unavailable due to the injury.

Slovakia, Fortuna Liga play-off, Ružomberok – Dunajska Stredá 1:0
Tihomir Kostadinov started in midfield for Ružomberok and played till the 89th minute when he was replaced by Viktor Jedinák while his teammate Yani Urdinov didn’t play. Kostadinov assisted to Zinedin Mustedanagić for the lone goal scored early in the 6th minute.

Tihomir Kostadinov picked up an assist as MFK Ružomberok beat 2nd place DAC Dunajská Streda 1-0 to secure their place in the Europa League next year. Kostadinov continues to impress and is becoming a key player for Ružomberok. pic.twitter.com/EK2doMYbSa

Slovakia, Fortuna Liga play-out, Nitra – Spartak 0:1
Kire Markoski didn’t play for Spartak as he is out with a muscle strain.

Spain, Primera División, Celta – Rayo Vallecano 2:2
Stole Dimitrievski was whole match between Rayo’s posts and he conceded two goals in his team’s away draw. He was also shown a yellow card in the 85th minute. Rayo Vallecano finished at the last place in the Spanish top flight so next year they gonna play in the Segunda División. As for Stole, he ended up starting 21 of the 38 league games for Rayo this season. 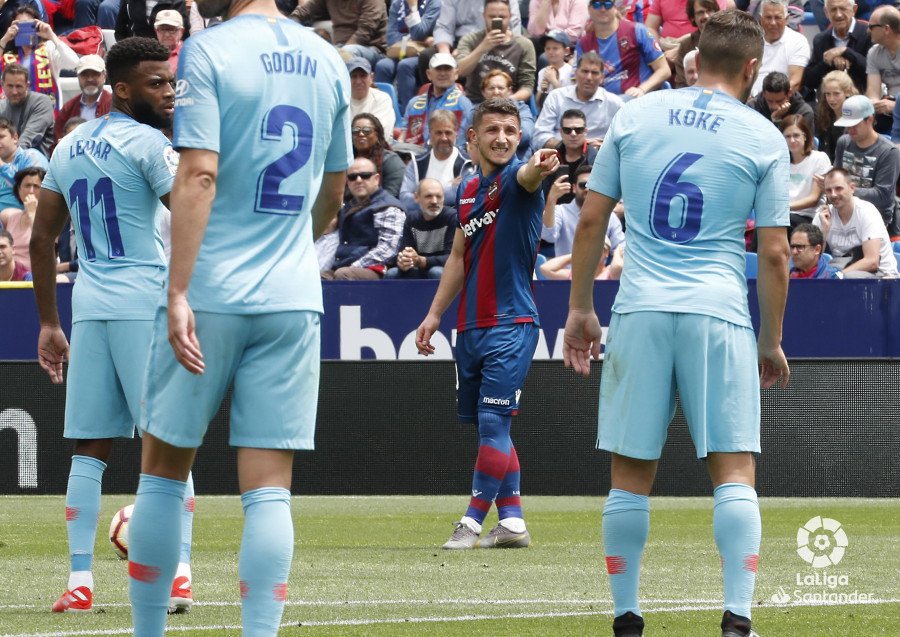