Armenia, Bardzraguyn Khumb, Ararat-Armenia – Shirak 7:0
Aleksandar Damchevski wasn’t called up by the hosts for this encounter.

Bosnia-Herzegovina, BH Telecom Premijer Liga, Radnik – Borac 1:0
Boban Georgiev was introduced by Borac in the 69th minute to help his team avoid the loss, but in vain the visitors were not able to score a goal.

Bosnia-Herzegovina, BH Telecom Premijer Liga, Sarajevo – Široki Brijeg 2:0
Krste Velkoski made the start for Sarajevo and played until the 84th minute. In the 39th minute it was Krste who provided the assist with a corner-kick that was headed home by a teammate. Meanwhile, Viktor Angelov didn’t play for the visitors.

Bosnia Herzegovina, BH Telecom Premijer Liga, Velež – Sloboda 3:0
Konstantin Cheshmedjiev didn’t play for the hosts as he is still recovering from his injury.

Bulgaria, Parva Liga, Slavia – Levski 1:0
Darko Tasevski is still injured, thus he didn’t play for Slavia. His teammate Filip Antovski made his debut for his new team and was directly a starter at left-back. Eventually, Slavia gained three points in the Sofia derby.

Croatia, Hrvatski Telekom Prva Liga, Hajduk – Šibenik 0:1
Jani Atanasov opened on Hajduk’s bench and was introduced directly after the halftime-break. Todor Todoroski also began on the bench, but for visitors Šibenik. He recently signed there on loan from Osijek and made his debut in the 74th minute to strengthen his teams defense. It worked out as Šibenik won on the road thanks to a goal in the first half. 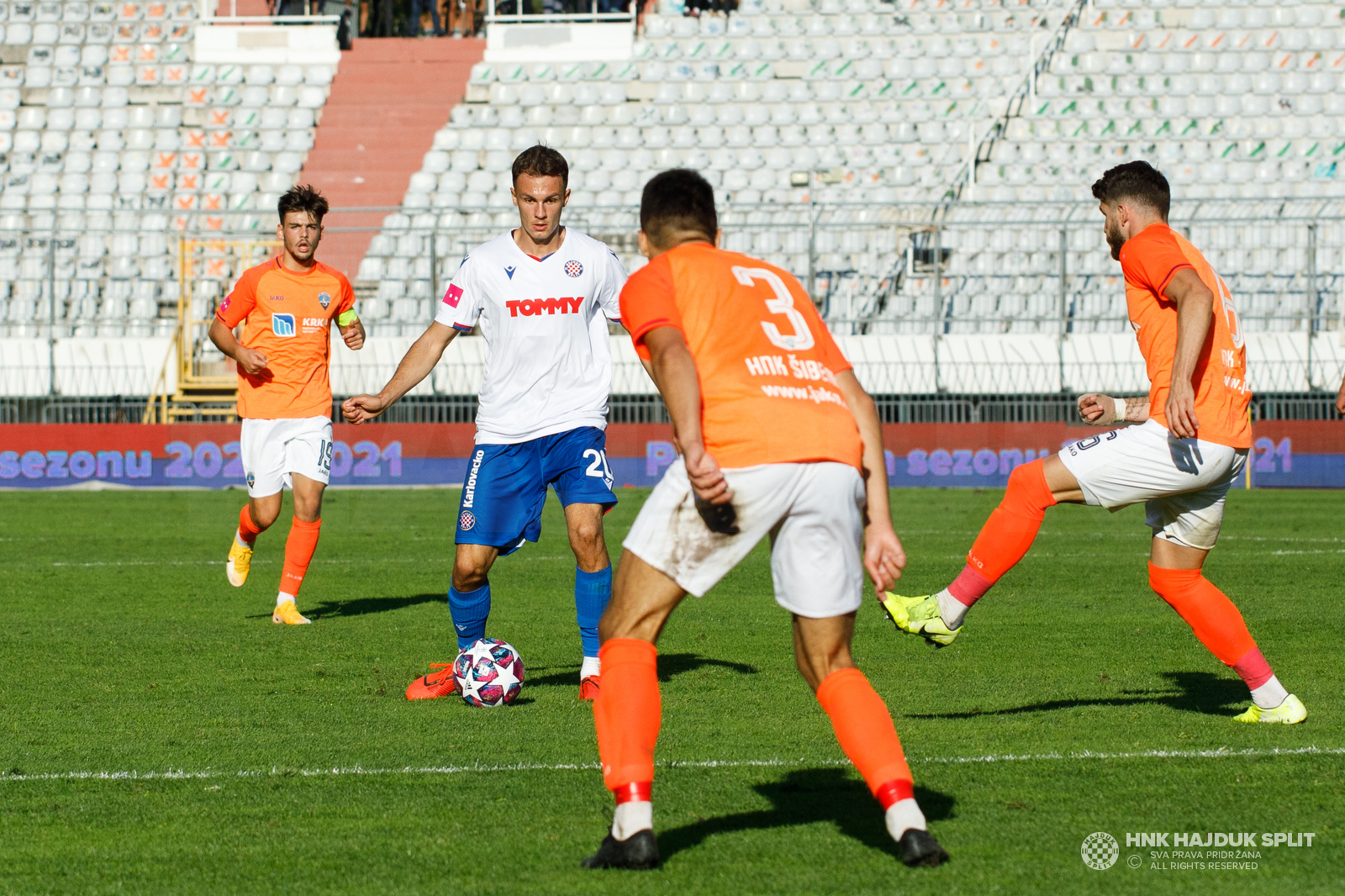 Croatia, Hrvatski Telekom Prva Liga, Rijeka – Varaždin 2:1
Darko Velkovski was an unused substitute for Rijeka, while his teammate Milan Ristovski didn’t play because of injury. For the visitors Agon Elezi came off the bench in the 86th minute.

Cyprus, Protáthlima Cyta, AEK – Doxa 2:0
The Macedonian derby in Cyprus could have seen 5 Macedonians on the pitch, but eventually we saw Ivan Trichkovski being brought on in the 62nd for the hosts, while his teammates Daniel Mojsov and Stefan Spirovski did not take part in this match. For the visiting side, Dushko Trajchevski played the first 55 minutes of the match and was booked in the first half, while Damjan Shishkovski played the whole match.

Cyprus, Protáthlima Cyta, Ethnikos – Omonia 1:2
Martin Bogatinov was on the bench for the hosts, while his teammate Jovan Kostovski was not called up for this match.

Finland, Veikkausliiga, HJK – HIFK 3:0
Ferhan Hasani played the whole match for the winning side and contributed by successfully converting a penalty in the 79th minute.

France, Ligue 2, Chambly – Clermont 0:3
Vlatko Stojanovski was not part of this match for Chambly.

Germany, 1.Bundesliga, Hertha – Stuttgart 0:2
Darko Churlinov was not called up for the away team due to an minor injury.

Greece, Soúper Ligk, Aris – Apollon 1:0
Ali Adem was not called up for this match by Aris.

Hungary, OTP Bank Liga, Honvéd – Fehérvár 2:2
Both Visar Musliu and Boban Nikolov were in the starting lineup and played the whole match for Fehérvár. Nikolov earned a yellow card in the second half.

Hungary, OTP Bank Liga, Puskás Akadémia – MTK 0:3
Bojan Miovski was in MTK’s starting lineup and contributed to his team’s victory with a goal in the fourth minute. Miovski played until the 88th minute and his team won with 0:3. This was Miovski’s second goal for the Budapest side this season.

Italy, Serie A, Verona – Genoa 0:0
Goran Pandev was a starter for Genoa and lasted 79 minutes on the pitch.

Italy, Serie A, Napoli – Atalanta 4:1
Elif Elmas is still out of Napoli’s squad because of COVID-19 positive test.

Italy, Serie A, Udinese – Parma 3:2
Ilija Nestorovski was an unused substitute for Udinese.

Italy, Serie B, Brescia – Lecce 3:0
Leonard Zhuta played the whole match for the away team.

Norway, Eliteserien, Haugesund – Sarpsborg 08 2:0
After 4 clean sheet matches, keeper David Mitov Nilsson conceded two goals as his team lost away to Haugesund. It wasn’t his day as he was directly at fault for the second goal, while later with a bad pass risked a third.

Portugal, Liga NOS, Sporting – Porto 2:2
Stefan Ristovski wasn’t included in Sporting’s squad as he was moved to the club’s second team due to a failed transfer to Russia.

Serbia Linglong Tire SuperLiga, Vojvodina – Rad 4:1
Vlada Novevski was promoted in to Vojvodina’s first team and had his debut. The Macedonian U19 national team member played the last ten minutes of the match.

Sweden, Allsvenskan, Varbergs BoIS – Norrköping 1:3
Daniel Krezikj is out of Varbergs squad because of injury

USA, MLS, Portland Timbers – Los Angeles FC 1:1
Danny Musovski played the entire match for LA who won a point with a goal deep into the stoppage time. Musovski was so far included in our Potential internationals performances articles, but since he accepted the offer to play for Macedonia from now on he will be counted as a Macedonian international.

2017 Vardar loses 2:1 away to Zenit in Round 5 of the Europa League group stage.

Nestorovski really needs to leave Udinese in January, whether it be a permanent transfer or loan.