Blagoja Todorovski provided a goal and an assist for Teuta, Adis Jahovikj returned from his injury and immediately scored a goal, Ivan Trichkovski scored as well for AEK, Mirko Ivanovski found the net once again for Diósgyör, Ferhan Hasani scored his first for HJK.

Albania, Kategoria Superiore, Laçi – Partizani 1:3
Egzon Belica made the start for Partizani and player the entire game, while his teammate Besnik Ferati opened on the bench and was introduced in the 79th minute.

Albania, Kategoria Superiore, Tirana – Skënderbeu 1:1
Artim Polozhani and Agon Elezi were starters for the visitors. The game ended in a draw and both players lasted all minutes on the pitch.

Albania, Kategoria Superiore, Teuta – Vllaznia 3:1
Right-back Blagoja Todorovski started for Teuta and played 72 minutes, whereas his teammate Bobi Celeski spent all minutes on the bench as the reserve goalkeeper. For the visitors Mevlan Adili, Filip Gligorov and Simeon Hristov found their place in the starting line-up, while new signing Andreja Efremov didn’t make the squad. In the 44th minute it was Blagoja who netted the 2:1 with a beauty from the distance, additionally Todorovski assisted for the third goal with a cross.

Australia, Hyundai A-League, Western Sydney Wanderers – Newcastle Jets 1:1
Daniel Georgievski played all minutes at LWB for the hosts as his team collected a point against Newcastle.

Bulgaria, Parva Liga, Arda – Slavia 0:1
Darko Tasevski was not included in the squad by Slavia. Darko got injured in a friendly match during the winter preparations and he will not return to action in the remaining part of the season. Considering his age, it is also very likely that this heavy injury might force him to put end to his playing career.

Croatia, Hrvatski Telekom Prva Liga, Osijek – Dinamo 1:0
Todor Todoroski spent all minutes on Osijek’s bench, while his teammate Mile Todorov didn’t make the squad. Meanwhile, Arijan Ademi played his first game in just over two months following an injury. He was back out there captaining Dinamo in their away clash at Osijek and played 81 minutes. 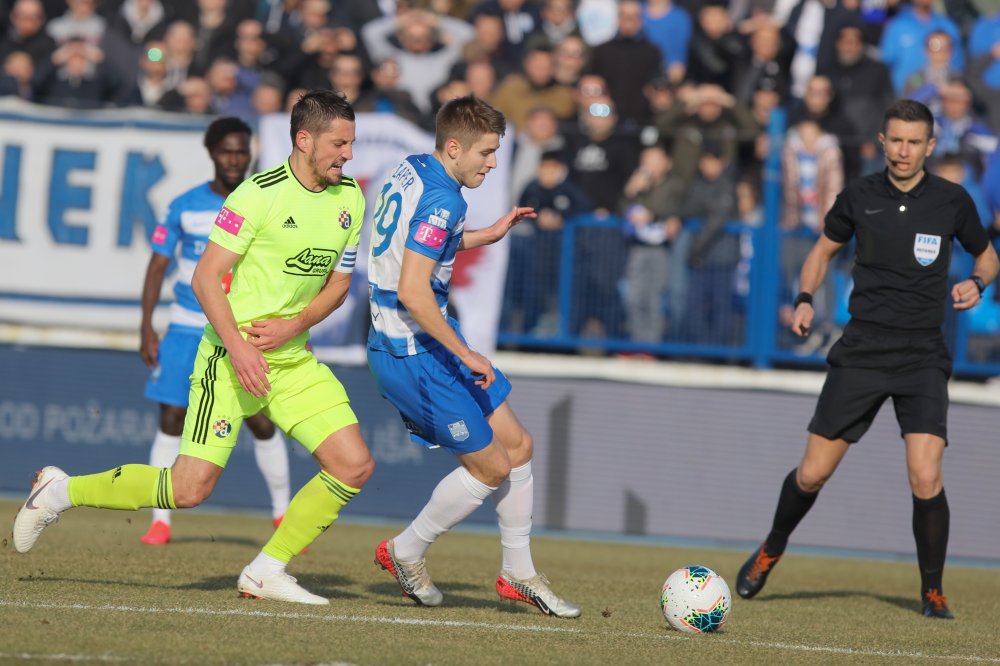 Croatia, Hrvatski Telekom Prva Liga, Gorica – Rijeka 0:0
Darko Velkovski started in central defense for Rijeka and helped his team to keep a clean sheet in the draw away to Gorica. 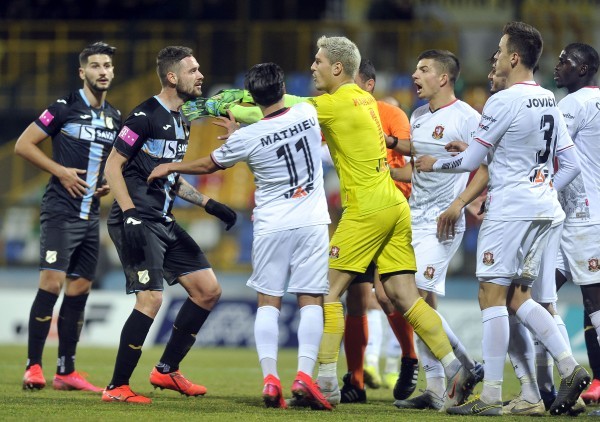 Cyprus, Protáthlima Cyta, Doxa – AEK 0:1
Dushko Trajchevski started the match and played until the 81st minute, while Ivan Trichkovski played the whole match and scored the only goal of the game, bringing his team another win.

Cyprus, Protáthlima Cyta, Ethnikos – Olympiakos 0:1
Martin Bogatinov and Jovan Kostovski played the whole match for the hosts, while  Bojan Markoski was brought on in the 81st minute in what was an important game to lose against direct relegation rivals.

Finland, Suomen Cup, HJK – Mariehamn 3:1
Ferhan Hasani was given the second half in this home match for HJK and he first made a mistake when he tried to send a ball to his keeper and an opposing player intercepted it, lowering the score to 2:1. But, he went on to recover and score the final goal of the match, which was actually his first goal for HJK. (video follows)

France, Ligue 1, Nîmes – Angers 1:0
Vlatko Stojanovski was not among the called up players in the fourth consecutive win for Nimes.

Hungary, OTP Bank Liga, Zalagaerszeg – Újpest 2:1
Kire Ristevski played the whole match for the away side.

Hungary, OTP Bank Liga, Ferencváros – Fehérvár 1:0
Visar Musliu played the whole match for the away side, while his teammate Boban Nikolov was not among the called up players.

Hungary, OTP Bank Liga, Diósgyör – Paks 2:0
Mirko Ivanovski played 72 minutes for the home side and he scored the opening goal of the game.

Italy, Serie A, Bologna – Genoa 0:3
Goran Pandev was in Genoa’s starting lineup, but in the 13th minute he had to be replaced because of a pain in the knee. Luckily his injury isn’t serious and he will be ready to play in a week. 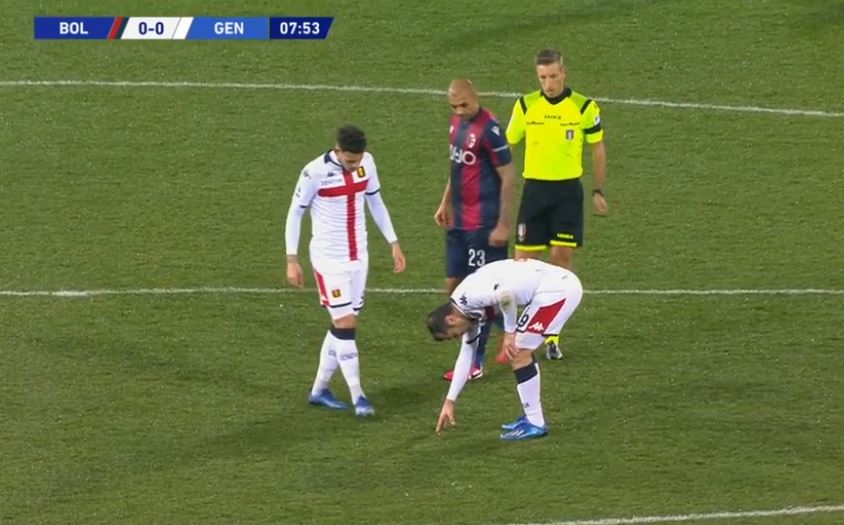 Italy, Serie A, Cagliari – Napoli 0:1
Elif Elmas was in the starting lineup for Napoli and played the whole match away to Cagliari. This was Elmas’ fourth match in Napoli’s starting lineup and his team won all of these matches.

Romania, Liga I Betano, Sepsi – Botoșani 0:1
Stefan Ashkovski entered the match during the half time break and played the second half when his team scored the winning goal.

Romania, Liga I Betano, Chindia – Voluntari 1:2
Marko Simonovski was in Voluntari’s starting lineup and played only during the first half when he earned a yellow card.

Serbia, Linglong Tire SuperLiga, Partizan – Radnik 3:0
Boban Georgiev played the whole match for Radnik, while Zoran Danoski didn’t get a chance from the away team’s bench for substitute players.

Slovakia, Fortuna Liga, Sereď – Ružomberok 2:2
Filip Duranski played the full game for Sereď and received a yellow card in the 48th minute while Tihomir Kostadinov played until the 90th minute for Ružomberok when he was substituted by Alex Holub.

Turkey, Süper Lig, Antalyaspor – Kasimpaşa 3:1
Adis Jahovikj returned to action for Antalyaspor and he immediately got back to scoring goals. He scored in the 53rd minute to give his team a 1:0 lead. Adis went on to play the entire game and he also picked up a yellow card shortly before the halftime break.

Adis’ goal (at the beginning of the video):