Round 6 from the Macedonian first league was completed today in which there were no big surprises. Renova used the home field advantage and went against the tradition by defeating Milano.

Renova Dzepciste – Milano Kumanovo 1:0 (0:0)
75' Ismaili
Renova and Milano played interesting match in Tetovo. Both teams created few good chances, but goalkeepers Kovacevic and Nuredinoski managed to save their nets with their succesfull saves. The points from this match were very important for both teams, so the match was played under nervous atmosphere with many fouls and cards shown. Both teams deserved to share the points, but substitute Ismail Ismaili decided the match with the goal in the 75th minute.This was the first victory for Renova on the 6th match against Milano.

Pobeda Prilep – Horizont Turnovo 2:1 (1:1)
23' Kapinkovski 50' Stojkovic(og) – 26' Kleckaroski
The match started very bad for Pobeda, as they were left with ten men on the field from the 2nd minute if the match when Nastoski was sent of because of a bad foul. The hosts proved to be favorite on this match when in the 23rd minute Kapinkovski scored for Pobeda's lead. But their joy didn't last for long because Turnovo managed to equalize only few minutes later with the goal by Kleckaroski. Stojkovic from Turnovo will remember this match as one of the worst in his career as in the 50th minute he scored an own goal that gave Pobeda the crucial lead which was also the final score at the end. The same player was also sent-off in the 71st minute after which the guest lost all the chances for earning a point in Prilep.

Pelister Bitola – Metalurg Skopje 2:0 (0:0)
47' Glavevski 78' Todorovski
Pelister won the expected points against Metalurg, which are important from the team for Bitola for escaping from the small crisis. Metalurg proved to be a very solid squad and not just that they didn't let Pelister score, but they also created few chances in the first half. Right on the start of the second half, Miranda took a corner kick and the ball ended near Glavevski who didn't find it hard to put it in Metalurg's net. In the 78th minute the few hundred fans on Tumbe Kafe saw the most beautiful moment on the match when Todorovski sent a strong volley shot towards the goal. The ball hit the right bar and entered the goal for 2:0 lead for Pelister which was also the final score of the match.

Sileks Kratovo – Rabotnicki Skopje 0:0 (0:0)
Sileks and Rabotnicki continued with their drawing tradition and this was the 5th draw for both teams in the six played rounds so far this season. The fans on the stadium in Kratovo didn't see a much entertaining match as both teams struggled to create serious chances and the ball was mostly at the middle of the pitch. The hosts tried to make some pressure on Rabotnicki's goal and Stupic hit the bar in the 70th minute. According to the performance, the most realistic result was the draw and Sileks and Rabotnicki shared the points with the most unpopular result.

Vardar Skopje – Napredok Kicevo 4:2 (0:1)
47' Gligorov, 69' Milisavljevic, 78' Bajevski, 90' Jancevski – 22' Levkov, 84' Stavreski
Vardar hosted Napredok today on the empty stand of the Gradski stadium because of the four matches ban. The hosts started the match with more of the ball possession, but failed to make pressure and chances on Napredok's goal. The players from Kicevo, used Vardar's disorganization and threatened on Vardar's goal with fast counter-attacks. Kostencoski missed the first big chance for Napredok in the 14th minute, but Blagoj Levkov used the big open space in Vardar's defence and scored for Napredok's 0:1 lead in the 22nd minute. Vardar tried to equalize, but there were not many serious chances in the first half, except for the 28th minute when Musa Ali hit the bar after Masev's cross from the right side.
Ratko Dostanic had difficult task on the half time break, but was successful in motivating and organizing Vardar's players. Right on the start of the second half they made pressure and Gligorov equalized with a nice volley shot from inside the box. Vardar continued with the attacks and in the 50th minute Jancevski hit the bar with a header. Milisavljevic took Vardar in the lead in the 69th minute when he got through in the left side of the box and scored. In the 78th minute Bajevski sent a great strong shot from the edge of the box in to the upper part of the goal and Napredok's goalkeeper wasn't able to save it and Vardar got the 3:1 lead. But Napredok's chances didn't end here because Stavreski with a header scored in the 84th minute for lowering the lead. In the last minute of the match, Vardar created a great play when Bajevski entered the box and assisted to Jancevski who didn't find it hard to score his 7th goal this season and set the final 4:2.

Makedonija GjP was free in this round. 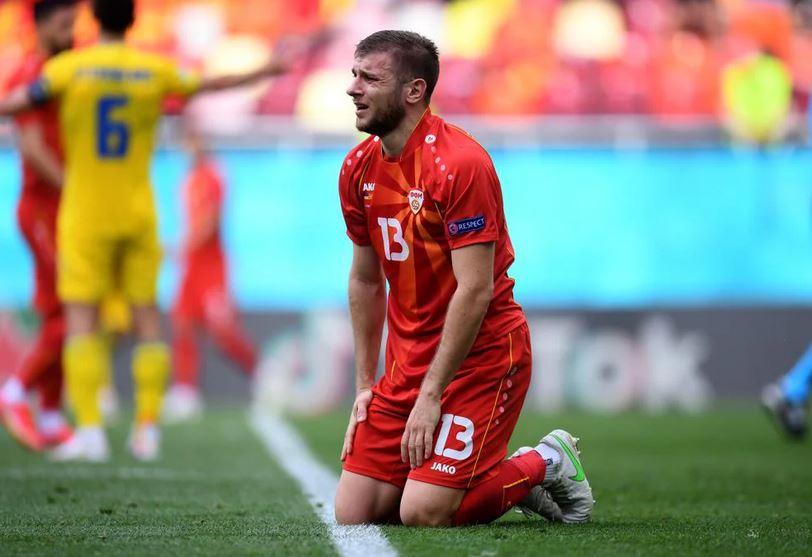