Igor Angelovski lost central midfielder Boban Nikolov for both qualifiers against Italy and Liechtenstein. The player of Vardar got injured and wasn’t even in the squad for their last league game against Shkupi yesterday.

The coach decided to call up Adis Jahovikj, although he is playing as striker. Adis is playing in great goalscoring form for Turkish top division side Göztepe and together with Bafetimbi Gomis, Vagner Love and Burak Yilmaz he is currently the top scorer of the Süper Lig with 7 goals. Jahovikj scored on the last 5 games including a hat-trick. Thanks to his goals Göztepe is currently lying on the 4th place. His last appearance for the national team was last October in the home loss against Israel when he failed to convert a last minute penalty kick for a draw.

Italy’s coach Gian Piero Ventura is facing far worse problems. His best striker Andrea Belotti injured his knee while playing for Torino against Verona on Sunday and on his place will step in Roberto Inglese who is playing for Chievo and for whom this is the first ever national team call. 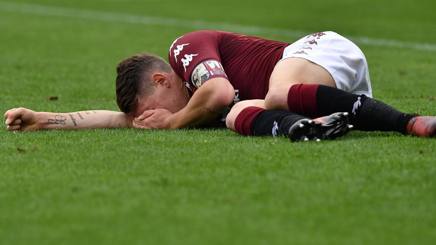 In midfield, Ventura lost PSG’s Marco Veratti who is substituted by Nicolò Barella of Cagliari who got promoted from the U21. Then, Roma’s duo Daniele De Rossi (meniscus inflammation) and Lorenzo Pellegrini (calf hardening) were replaced by Roberto Gagliardini of Inter and Bryan Cristante of Atalanta.

Italy hosts Macedonia on Friday at 20.45 in Torino, while on Monday Macedonia plays against Liechtenstein in Strumica.